I was a stranger and you took me in: Carl Jones 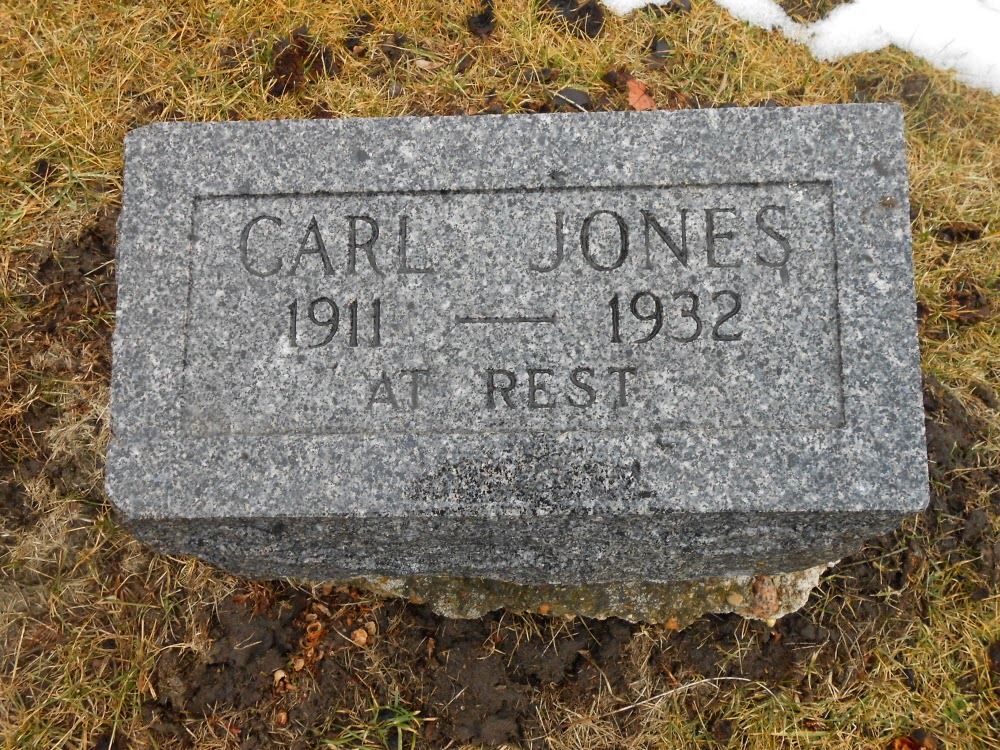 Carl Jones' story --- a brief and poignant one --- is among the 11,000 or so that are filed away in the Chariton Cemetery, accompanying graves marked and unmarked, waiting to be opened and read.

We know little about Carl, other than the fact he was a stranger among us who was taken in and cared for until he died (see Matthew 25:34-40 if you're into the Bible) --- and a young man who had a hard time catching a break.

What we do know is told in a front-page article in The Chariton Leader of March 8, 1932, headlined "Illinois Lad, Taken Ill While Enroute to Colorado, Is Dead."

"Carl Jones, of McLeansboro, Illinois, aged twenty-one years, who had been a patient here in the Yocom hospital for six weeks, died last Friday night, March 4, about midnight. He and his brother, Lealon, had started from Illinois, via auto, for Colorado and other western states in the hope that Carl, who was suffering with tuberculosis, might find relief.

"When they reached Chariton on their journey Carl suffered a hemorrhage and was removed to the Yocom hospital where he was cared for until death came. His is survived by two brothers and two sisters. His parents both died when he was very small and he was reared in a Baptist orphanage. He was a splendid young man, and his death when life seemed full of promise, and among strangers, was sad.

"Funeral services, conducted by Rev. Harry Secor, of the First Baptist church, were held at the Dunshee Funeral Home on Monday afternoon, followed by interment in the Chariton cemetery."

Carl was buried in Potters Field, that big area in the southwest corner of the cemetery set aside for those interred at county expense. Years later, it would appear from the nature of the stone, someone --- perhaps one or more of his siblings --- erected the small stone that now marks his grave.

It's useful to remember that social welfare programs were few and far between in 1932. The county was responsible for those who had no resources, including a set amount for burial, but a considerable amount of benevolence on the part of medical institutions, caregivers and others was involved, too.

I found Carl at age 9 living as an "inmate" in the Baptist Orphanage at Carmi in southeastern Illinois, not far from the Kentucky and Indiana boarders. That institution still operates, now named Baptist Children's Home & Family Services. It was established just after World War I to take in youngsters orphaned by World War I and the flu pandemic of 1918.

There was no sign of his siblings, who probably were older and on their own. The obituary suggests, however, that family ties remained intact.

Ten years later, in 1930, Carl was working as a hired hand on a farm near McLeansboro operated by the widow Flora E. Taylor, whose daughter, Norma, was 4.

During this week in 1932, he lay ill and dying at Yocom Hosptal, located then where Constitution Park is now. Think of him for a time today, if you like, and count blessings.
Posted by Frank D. Myers at 5:57 AM