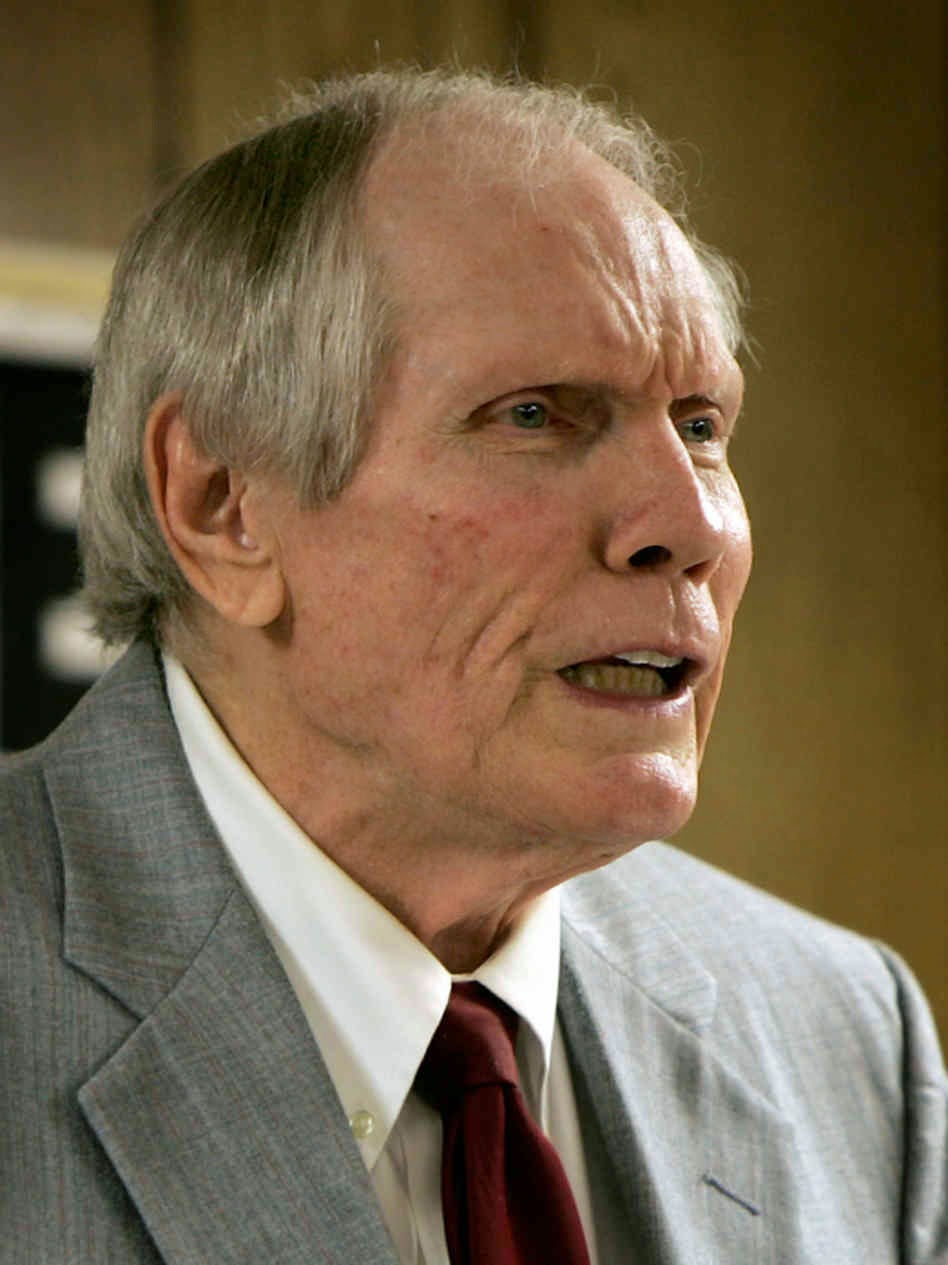 God works in mysterious ways, some say --- and if Fred Phelps, founder and patriarch of Westboro "God Hates Fags" Baptist Church, really is near death, one of those mysterious ways may be about to pass from among us.

Few, other than LGBT and allied activists, have done more than he, during the closing years of a relatively long life (84 years), to further the cause of gay rights and foster broad acceptance in society, even in large segments of the church. Maybe the Big Guy planned it that way. A skillfully drawn caricature can be a mighty powerful tool.

Reports of Phelps' impending death, which set the Web atwitter Sunday, can be tracked to his estranged son, Nathan, and are open to question.

No positive spin mitigates or excuses the living hell he created for his family and followers, the pain Westboro has caused families and friends of those he targeted and the damage done to any who may have internalized their deranged rantings and suffered because of it. But ....

Phelps & Co. --- and their "God Hates Fags" signage --- came first to broad public attention during the 1998 funeral in Casper, Wyoming, of young Matthew Shepard, beaten, tied to a fence and left to die in October of that year at Laramie --- because he was gay.

Reporters in all markets of any size across America almost immediately were assigned to contact preachers in their communities and ask, "do you hate fags, too?" and "how about this guy?"

The answer of one of Mason City's most conservative pastors --- "we're not at all like that" --- pretty much summed up responses as clergy, congregations and denominations scurried to distance themselves from these tactical extremists.

But truth be told, much of the church at that time was like that and did share a less confrontational version of Phelps' views --- and a substantial chunk of the church still does. But that seems to be changing.

Simply asking the questions while Westboro illustrated the extreme has helped to change the nature of the conversation, exposing homophobia as another of those cancers, like racism and antisemitism, that has eaten away at the institutional church during its course --- and shamed it.

Had Phelps stayed on message, the furor might have died down. It still was OK at that time to disrespect gay people.

But then, the Westboro folks began to target the funerals of U.S. troops killed in our various wars after linking in their troubled minds deaths in combat and God's judgment upon America for allowing gay people to exist and occasionally flourish.

That changed the nature of the conversation again --- as a broader sector of Americans began to pay attention. It was not OK to disrespect a fallen hero. Was it really OK to disrespect those "others" now linked so publicly to military dead?

Phelps and Westboro --- tiny in number and of no real consequence --- came to represent especially to younger people symbolically the worst of the church and a major societal flaw.

Phelps made no friends and many enemies during his last 20 years, including a good many who would joyfully picket his funeral and then spit on his grave. I hope none of that happens.

On the other hand, I'd hate to see Phelps and his crusade swept under the rug, then forgotten. We need to remember how hate looks and how it works in order to fully appreciate and then extend grace and its handmaiden, love.