A visit with Michael Fouts at old Bethel Cemetery Michael Fouts, a many-generations removed grandfather of my cousin Gordon, is a fairly good example of how a transcription error can wipe a guy clean off the face of the earth --- at least temporarily.

Michael somehow was overlooked when tombstones at Bethel Cemetery were transcribed for Lucas County, Iowa, Cemetery Records, published in 1981, and that omission still trips people up sometimes, including me.

When Gordon wrote from Texas a couple of weeks ago asking what I knew about Bethel and those buried therein, I checked the book, then told him that Michael --- who died at age 82 during 1880 --- wasn't there. Gordon wrote back, somewhat confused, pointing me to Michael's Find A Grave memorial at Bethel, which included a photo of his well-preserved tombstone.

As it turned out, Skip and Doris --- working together to create Bethel Cemetery memorials for Find a Grave --- had brought Michael back to life in death, so to speak.

So I drove out Sunday afternoon --- one of the first days so far in 2014 when it actually felt like spring might come --- to check the tombstone out and found him right next door to my own relatives who are buried there.

Bethel is located some miles east of Chariton on what we sometimes call the "squirrel road" and at other times, "the road to nowhere," a stretch of pavement that ends abruptly in what would seem like the middle of nowhere unless you were from here. Both names date back to the paving project --- idle tongues speculated that the only reason the road was graded and paved was to benefit squirrel hunters.

I have kind of a proprietary interest in Bethel because my great-great-great-grandmother, Eliza, and two of her three husbands owned the oldest part of it until the 1870s, when she deeded it to the public for use as a burying ground. The cemetery was started in 1850 by Cedar Township's first settler, William McDermott, who was under the mistaken impression that he owned the land. I'll write more about that another time. It wasn't known as Bethel until a church by that name was built adjacent to it soon after 1900.

Michael Fouts, born Jan. 10, 1798, was a native of Pennsylvania who married Elizabeth Kuhn (or Koon) there and started a family. They came west to Fulton County, Illinois, with many of their children --- and Elizabeth died in Fulton County during 1871.

By that time, two of the Fouts daughters, Elizabeth (married to Robert Shaffer) and Anna Catherine (married to George N. Shore) had settled in Lucas County and Michael apparently came west to be cared for in his old age. He was living with the Shaffers in Cedar Township, not far from Bethel, when he died during 1880.

The Shaffers moved on to Shelby County, Iowa, not long after Michael died; and the Shores headed for Orange County, California --- along with several other Lucas Countyans --- during the 1890s. Mary Elizabeth Alice Shore, daughter of George and Anna, had married my uncle, Harvey Miller, and they were part of the move to California, too. Gordon descends from Harvey and Alice (Shore) Miller's daughter, Denia.

And now we can be certain that his ancestor, Michael, remains securely tucked away in Lucas County. 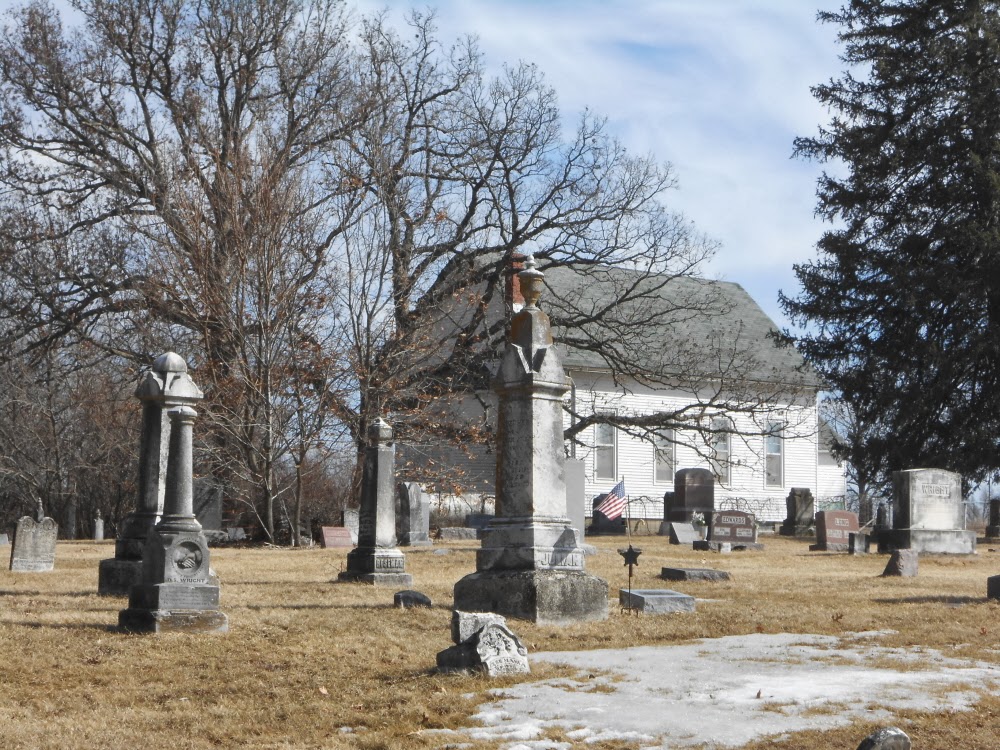