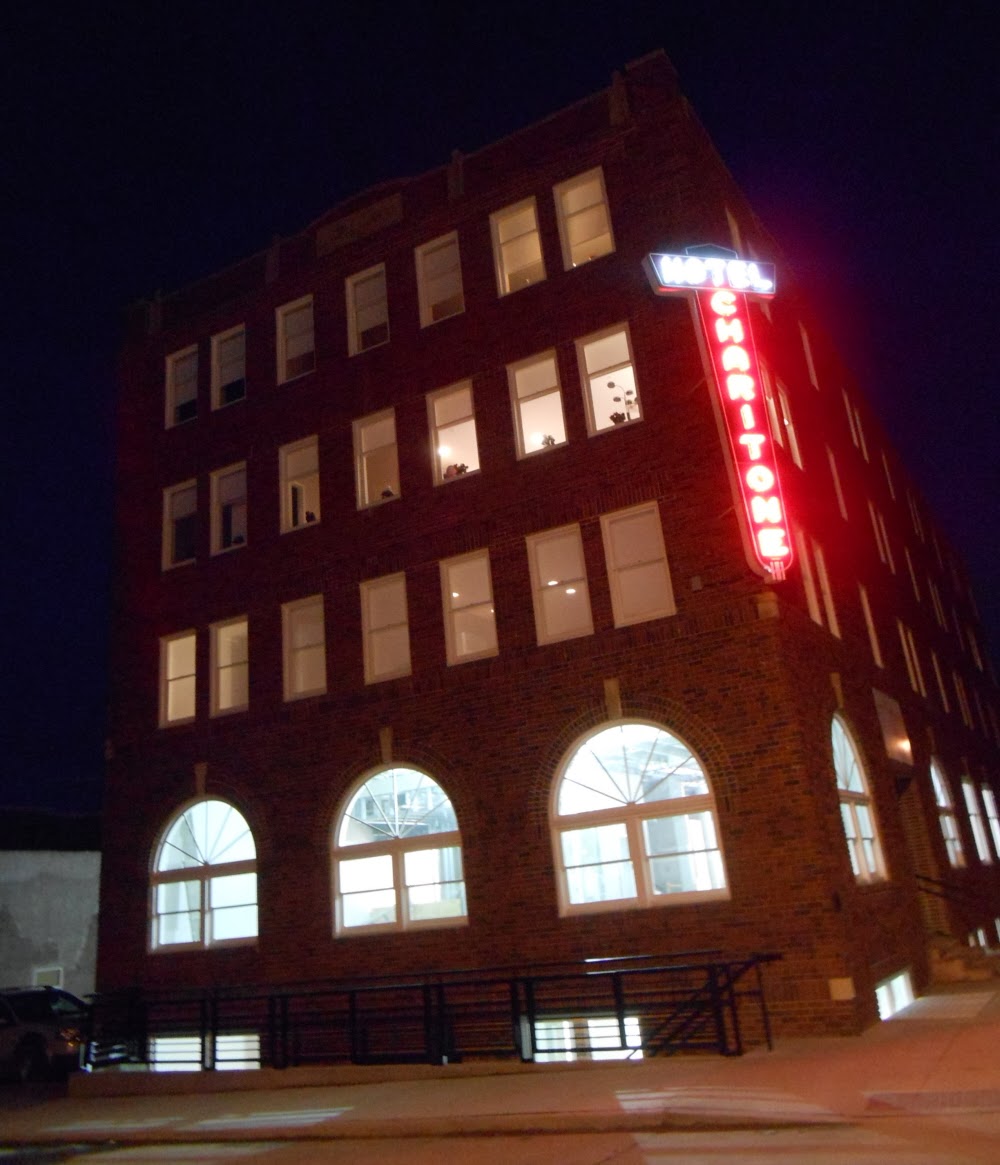 The Charitone has been looking like this since shortly after Jan. 1, when tenants started moving into their new apartments on the second through fourth floors and as work continues on turning the first floor into a Hy-Vee hospitality venue.

The reality is a little more sharply focused than the digital version, but you do the best you can with the equipment you've got.

I'd have gotten uptown to take this photo earlier, but have been in denial about the fact we're having an old-fashioned Iowa winter, cowering inside when possible.

Isn't it great to see the big neon sign shining out at night again? Not to mention lighted windows.

Neon nights have been in effect on this corner of the square, off and on, since the evening of Tuesday, March 17, 1931, when the current big sign's predecessor was lighted for the first time --- going on 83 years ago.

I'm not sure when the current sign --- recently restored, rehung and relighted for the first time during late November --- was installed. It's similar, but not quite the same. Take a look at the first sign in the photo below. 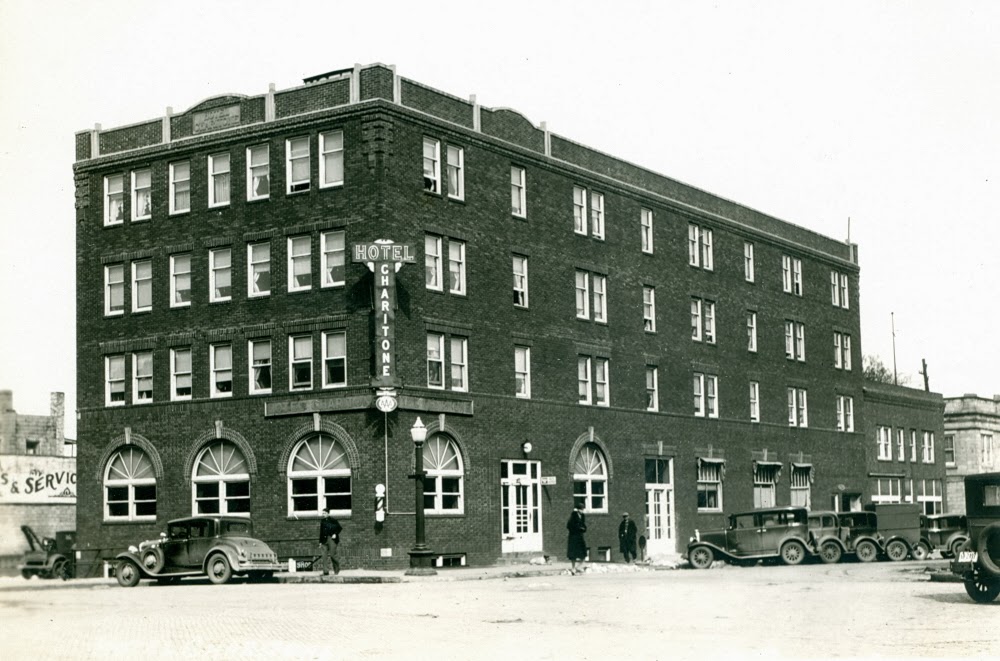 The Chariton Leader announced the original sign's lighting in a front-page story in its issue of March 17, 1931, that was headlined: "Neon Electric Sign To Blazon Name of the Charitone Hotel Tonight."

"When the lights come on tonight the people of Chariton will be greeted with a new, large, beautiful Neon electric sign bearing the worlds 'Hotel Charitone,' The Leader reported.

"The sign is being placed on the southwest corner of the hotel building today. The world 'Hotel' is placed horizontally at the top of the sign, and then down the height of the building comes the word 'Charitone.'

"Travelers entering the city at night cannot fail to see this sign, unless they are blind, or cockeyed, in which latter case it is probable that they would see several signs at once."

The big sign was among many improvements made to the Charitone after March 1, 1931, when its management passed into the hands of brothers O.A. Clark, of Albia, and B.F. Clark, of Chillicothe, Missouri. O.A. rarely used his given name, perhaps because it was Orliff Albert.

The Clarks had announced during February 1931 that they had taken a 10-year lease on the hotel from the men who had built it during 1923, William D. Junkin and his son-in-law, Henry F. McCullough.

Junkin and McCullough had managed the hotel for seven years, moving their families into suites in the building. But the men, former owners of a substantial interest in The Herald-Patriot, had discovered that their hearts remained in the newspaper business. They purchased The Brainerd (Minnesota) Dispatch later during 1931 and headed north. The Dispatch was owned by the Junkin/McCullough family until 1984.

The Clark brothers, who had begun careers in the hotel business with their father in Clarinda, also operated hotels in Albia, Fairfield and Clarinda as well as Chillicothe. Ottumwa's Hotel Ballingall was added to the chain during 1934.

Also on March 1, management of the hotel dining room was assumed by John Watson, of Albia, who had been operating the Imperial Cafe there as a partner in the firm Watson & Nylander.

The Clarks moved immediately, too, to ensure that Charitone rooms were equipped with the latest in communications technology:

"In addition to this new neon sign," The Leader reported, "Manager Clark, of the Charitone, announced that yesterday forty-six writing desks and tables had been installed in the rooms of the hotel. These desks, in addition to those already in use, will equip every room in the hotel with this particular bit of furniture, and add materially to the convenience of patrons of the hotel.

"Improvements of various kinds will continue to be made, according to Mr. Clark, until it can be truthfully said that no hotel in Iowa is more completely equipped for the comfort and convenience of guests than is the Charitone."

Such a beautiful sight to see! Thanks for the updates.

Wish they could've saved the Ballingall too.