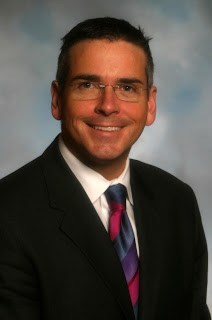 McCOY, MATT. First openly gay member of the Iowa Legislature. Currently state senator for District 31 (south and southwest Des Moines), Democrat Matt McCoy has served in the Iowa Senate since 1997 and, previously, in the Iowa House of Representatives from 1993 to 1997. A native of Des Moines, he was born March 29, 1966; is a 1984 graduate of Dowling High School and received his B.A. degree from Briar Cliff College during 1988. He earned the rank of Eagle Scout during 1981. Owner of Resource Development Consultants, he also has served on the Polk County Conservation Board for five years and on the boards of the Central Iowa YMCA, Iowa Council of International Understanding and Youth Emergency Services & Shelter.

During his early years in the Senate, McCoy came out to his wife, family and friends. He was outed publicly on the Iowa Senate floor during April of 2004 by Republican Ken Veenstra, of Orange City, then leading an ultimately successful GOP drive to derail the appointment of gay Des Moines attorney Jonathan Wilson to the Iowa State Board of Education. McCoy has been the target of other examples of Christian love in the years since, receiving death threats for example after the 2009 Iowa Supreme Court decision legalizing same-sex marriage. Dave Leach, contending unsuccessfully for McCoy's Senate seat during 2010, referred to his opponent as "Iowa's chief sodomite."

McCoy has continued to be an outspoken Senate voice, however, for progressive and LGBT causes, serving as a willing lightning rod to ground and disperse hatefulness directed towardt the state's gay community. Raised Roman Catholic, McCoy now attends Plymouth Congregational United Church of Christ. The father of a son, he lives in Des Moines with his partner, Dan Garrett.
Posted by Frank D. Myers at 8:04 PM