Gay and lesbian voices from Iowa, or related to our state, almost always (until recently) been edited out or obscured. This is a modest attempt during National LGBT History Month to identify some of those men and women with Iowa links who have spoken through literature, media, the arts and in other ways. 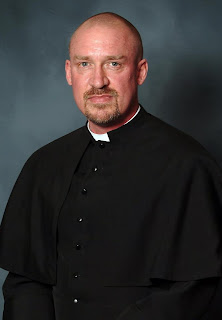 SABIN, STEVEN P., Lutheran pastor. The Rev. Steve Sabin gained nation-wide attention during 1998 when his bishop, Philip L. Haugen of the Southeast Iowa Synod of the Evangelical Lutheran Church in America, became preoccupied with the question of whether or not the Ames pastor was engaging in "gential sexual activity." At that time, ELCA pastors could be gay but could not utilize their genitalia. That policy has since changed and partnered gay clergy now may serve those congregations that wish to call them. The attention was such that even Fred Phelps and his merry band from Topeka made a trip to Ames to picket Lord of Life Lutheran Church.

Sabin, who earned his bachelor of science degree at the University of Iowa, went on to earn his master of divinity at the Lutheran School of Theology, Chicago. He was ordained during June of 1985 and installed during July of that year as pastor of Lord of Life Lutheran in Ames. Married to a woman and with two daughters when he assumed the pastorate, a divorce occurred during his early years there. After 10 years of service, Sabin entered a live-in relationship with his male partner of several years, making no attempt to obscure the relationship.

That relationship came to Bishop Haugen's attention during late 1997 and during January of 1998, he asked Sabin to resign. Sabin declined. Haugen then scheduled a church trial during which Sabin was found guilty of being a "practicing homosexual" and, after an unsuccessful appeal, was removed from the ELCA clergy roll. His congregation declined to fire him, however, and he continued to serve Lord of Life until 2000. During that year, he was called to serve as senior pastor of Christ Church Lutheran in San Francisco, which made a point of defying ELCA regulations.

During 2009, the ELCA changed its rules to allow gay clergy in committed relationships to serve. As a result, Sabin was formally received into the ELCA again during 2010. He continues to serve Christ Church Lutheran and lives in San Francisco with his partner, Travis.
Posted by Frank D. Myers at 7:55 PM

Bishop Haugen is nothing more than a Hypocrite! He should never speak of forgiveness as he never forgave Pastor Robert Beck. Pastor Beck sought health counseling and never got it from the church! He was shunned even when he was placed in a mental health facility! He was condemned just like you Pastor Sabin! Pastor Beck tried to communicate with Bishop Haugen in order to be forgiven and wishing to go back to the church. He suffered the good bishops ridicule and condemnation! I know I'm his brother. God rest Pastor Robert Beck as he took his life March 11 2013. And may God have more mercy on Bishop Phil for being the ultimate Hypocryte!