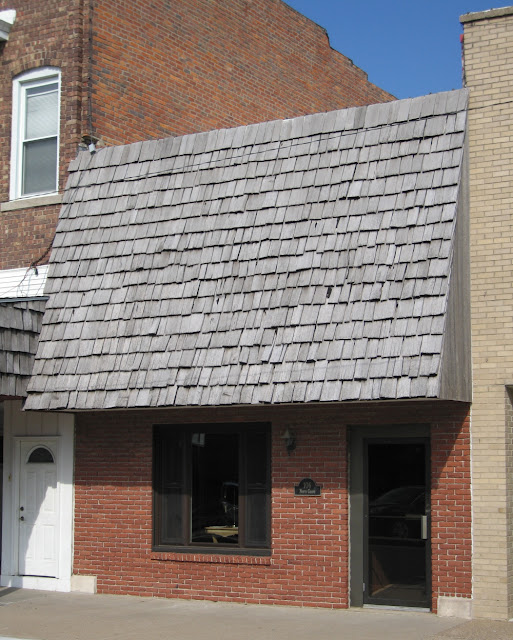 We're talking legal briefs here, not underpants. Just wanted to make that clear. But who could pass up the opportunity to form four "b" words into an alliterative headline that makes some sense?

Anyhow, there were two bakeries on the Chariton square when I was a kid, if I'm remembering correctly. One on the north side, and I've forgotten exactly which building it was in. And the other, Quality Bakery, here in this building, now posing behind newer brick and shingles as a well-mannered law office. Meyer Law Firm. Obviously, Meyer is not the correct way to spell Myers.

Since my mother baked at home and my dad preferred the least bread-like squishy white stuff available in plastic bags at either Hy-Vee or Gartin's, I don't know much about the quality of the baking that went on here, other than doughnuts. We always stopped at one or the other for a half dozen or dozen on the way out of town. Hundreds, if not thousands, of doughnuts over the years flowing down Highway 34 toward Russell.

This little building was constructed during the fall of 1901 to house a bakery on a then-vacant lot two doors north of the 1894 Eikenberry-Crozier building on the southeast corner of the square.

The Chariton Herald reported on Sept. 12, 1901, that "Ground was broken the first of the week for another new store building, this time on the east side of the square. It is being erected by Johnson & Best for Richard Barnett and his mother. The building will be 20x70 feet, one story high, with 14-foot ceiling, and is on the vacant lot just north of Buffington's store."

The new building was nearly ready for occupancy by November, when The Herald reported in its issue of the 14th that "The Star Bakery is to move soon from its present location on the east side to the new Barnett brick building near the south end of the east side. This will give Messrs. Grove and Bowers a much better place to handle their large patronage."

According to Raymond C. Meyer, who now owns the building, the lot was purchased by D.L. Barnett from William Eikenberry on Sept. 3, 1901. D.L. Barnett and his wife, Agnes, sold the property to J.A. Brown during 1906. 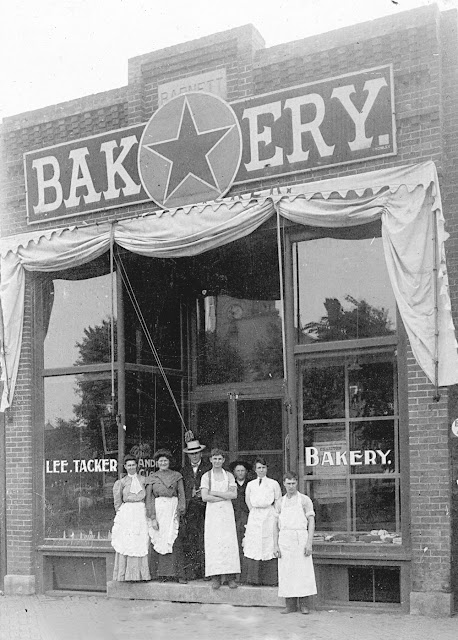 By the time this undated photo was taken, the Star Bakery business apparently had been sold to Lee Tacker. Although the people standing in front are not identified, perhaps the gentlemen in the hat is Mr. Tacker and the others, obviously the bakery staff. The building continued to house a succession of bakeries for nearly 70 years.

Attorney Virgil E. Meyer, who arrived in Chariton during 1942, acquired what then was known as the Quality Bakery Building soon after that business closed in the late 1960s, remodeled the structure into its current form and moved in during 1969. It has changed little since.
Chariton's square was attacked by the shingle monster during the latter part of the 20th century, commencing about the time Meyer was renovating his building, and has never recovered. This is perhaps the only building that wears its shingles with some degree of grace.
Posted by Frank D. Myers at 5:58 AM