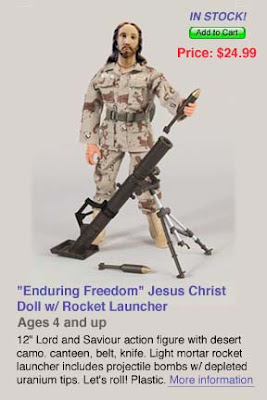 Newt Gingrich, whose career has illustrated the rule of temporary aberration, was in Fort Dodge on Friday where he declared same-sex marriage to be just that. Wishful thinking, most likely, since the broadened institution is likely to be around far longer than Gingrich, a thrice-married serial adulterer and fully developed historical footnote.

But other than that, it was kind of hard to get too fired up in the Hawkeye state last week --- beautiful weather, the Legislature in recess, most of the politicians elsewhere. Bliss.

Although Rick Santorum was in Chariton yesterday, according to The Register, as well as Lamoni and Corydon, but who knew? Not many, apparently, since fewer than a dozen reportedly turned out. Had I known, I wouldn’t have gone --- but you’ve got to give a politician of any variety with national aspirations a point or two just for showing up in southern Iowa, where horses as a rule outnumber people.

Another thing I wasn’t aware of until after it was over --- Friday was Blasphemy Day International. Darn --- missed that opportunity.

But I did laugh a little at the spoof advertising for an “Enduring Freedom Jesus Christ doll” up top that was making the Internet rounds last week.

Does anyone else remember, at the time of the first Gulf War, how mission-minded types in some denominations were celebrating --- planning to march into Afghanistan and Iraq behind U.S. troops to save souls from Islam? There actually were quite a few news reports about it at the time, but it was not a plan whose time had come apparently.

Rick Perry, another GOP contender, suggested in New Hampshire last week that we should consider sending U.S. troops into Mexico (if invited, I think) to launch a war on drugs as the war on terrorism shows signs of winding town. Perhaps that will be a new mission opportunity. Onward Christian soldiers.

Speaking of blasphemy, Jon of Jon’s Blog pointed me toward a previously overlooked March 12 report in The Onion headlined “Town of Davenport, Iowa, Descends into Hell following Gay Marriage Cemermony.” It begins:

“Immediately following the performance of a same-sex marriage ceremony Sunday afternoon at Holy Christ Almighty Lutheran Church on Lincoln Avenue, the city of Davenport, IA and all 99,685 of its residents were reportedly smitten into oblivion by the merciless wrath of God and flung into the deepest bowels of eternal hell.”

Not the best work The Onion’s ever done, but suitably blasphemous none the less.

Also this week, despite fervent prayers from the Christian right, there have been absolutely no reported distressing after-effects in the ranks after Don’t Ask, Don’t Tell’s demise. No dead birds falling from the sky or other major natural disasters either. Hmmm.

Reports still filter out, however, that some Christian chaplains are distressed because they continue to fear that the absence of Don’t Ask, Don’t Tell will interfere with their mission. Which brings up the question of exactly what their mission is. And why are tax dollars paying these guys (and gals)?

The only military chaplain I ever saw preached some Sundays in the chapel at beautiful Fort Holabird, robed in black and wearing some sort of elaborate ruffle around his neck (I think he was high-church Presbyterian). Always fashion-conscious, I recall the ruffle, but nothing else.

The Pentagon, perhaps, added fuel to the fire this week by authorizing chaplains to officiate, if they wished to do so, at “private” religious ceremonies on or off base, including same-sex marriages where such unions are legal.

Oh dear. Shaking the church of Christ to its very roots. 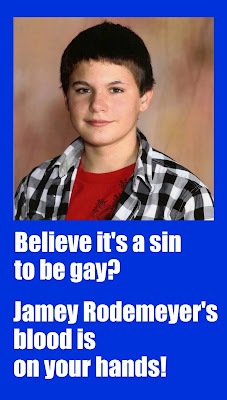 And finally, a friendly reminder on church day regarding the death two weeks ago of that sweet kid Jamey Rodemeyer, driven to suicide by bullies. Repent!
Posted by Frank D. Myers at 7:14 AM