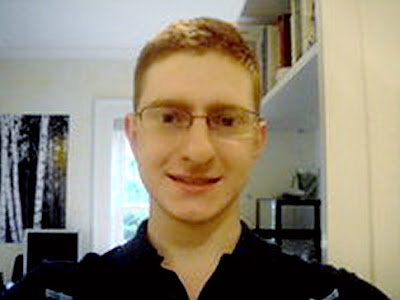 From the Gospel According to Matthew 25, Vs. 40 (KJV): And the King shall answer and say unto them, “Verily I say unto you, Inasmuch as ye have done it unto one of the least of these my brethren, ye have done it unto me.”
Tyler Clemente, as many know, is the 18-year-old Rutgers University freshman who jumped to his death last week from the George Washington Bridge after his roommate, Dharun Ravi, abetted by a friend, Molly Wei, secretly recorded Clementi’s sexual encounter with another man in the dorm room the two men shared, then streamed it onto the Internet. Ravi apparently knew that Clemente was gay and was motivated in part or in full by a wish to humiliate him. Instead, he killed him.
“Prayers for” comes from the title of a 1996 book, “Prayers for Bobby,” and the 2009 television film adapted from it. The book, by Leroy F. Aarons, tells the story of Mary Griffith and her gay son, Bobby, who committed suicide in 1989. After his death, Mrs. Griffith, who among other things had told her son that unless he somehow became heterosexual God would “damn him to hell and eternal punishment,” experienced a change of heart, acknowledged her role in his death and became an advocate for tolerance and proactive inclusion.
Clemente’s death was the latest in a series of four or five widely publicized late-summer suicides involving teen-agers who had been bullied by their peers because they either were gay or were perceived to be.
Don’t be misled by the title. While it is a good thing to remember Tyler, Bobby and the others, as well as their families, in our prayers, those who know and affirm that God loves his gay, lesbian, bisexual and transgender children unconditionally know, too, that they are home now --- and safe. It is the rest of us who are standing in the need of prayer.
+++
Those of us who are LGBT and have grown in faith because of it sometimes get the cart before the horse when working with our gay brothers and sisters for social justice, acceptance, inclusion and --- at the least --- tolerance. We want to convince those who oppose us that they are wrong but do not do enough to spread the good news among ourselves that we are right --- loved unconditionally by God, not in need of repair because of sexual orientation, burdened only by the same capacity to do harm that is built into the human condition and that plagues us all, gay and straight. So many LGBT people have been driven away from communities of faith. So many are spiritually rootless. We have not done enough to heal that wound. Lord have mercy.
Nor do we acknowledge often enough that we, too, are bound by the great commandments, “Love the Lord your God with all your heart and with all your soul and with all your mind. This is the first and greatest commandment. And the second is like it: 'Love your neighbor as yourself. All the Law and the Prophets hang on these two commandments." Help us all, gay and straight, but gay especially, to look inward, then, and become instruments of love, not hate. Lead us to respond with compassion, not in kind. Lord have mercy.
God plants gay children in heterosexual homes for reasons known but to Himself. May he give all parents, especially those who cannot affirm the sexual orientation of their children, the ability to love unconditionally, to keep their families together in spite of differences, to affirm fully the worth of each child, to have faith that God is in charge of circumstances beyond parental control, and above all to avoid driving the children away or into death. Lord have mercy.
God gives us so many ways now to reach out to gay children isolated in hostile environments, to tell them when those closest to them don’t that they’re loved by God and OK just as they are, that we love them, too, even though we don’t know their names, and that if they can just hold on, “it gets better.” God is working right now through Dan Savage, who did not wait to be invited before launching the “It Gets Better” campaign via YouTube. Help us to realize that we, too, are God’s hands and feet and that He can speak through our lives, too. Lord have mercy.
Bullies exist, bullying continues and youngsters who are gay or who are perceived to be are not the only victims. Bullying is no more natural than shame. Both are learned at home. Instill in all families the values needed to foster love, not hate; compassion instead of intolerance; helping hands instead of clenched fists. Turn the hearts of those who already have started to act out the sins of their parents. Lord have mercy.
We share a small and beautiful and fragile place, each of us created for a specific purpose. Teach us to see the beauty in each other, including those with whom we disagree. Remind us that He who loved us first and is First dwells also in those we often are tempted to dismiss as the least. Lord have mercy.
Posted by Frank D. Myers at 12:15 PM

Beautiful Words from a Beautiful Man