Them bones gonna walk around 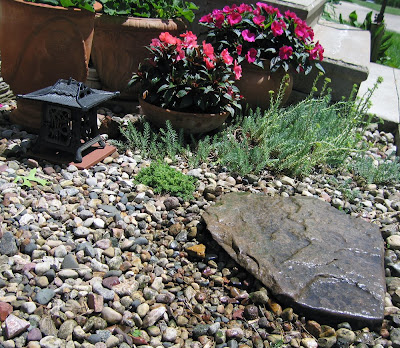 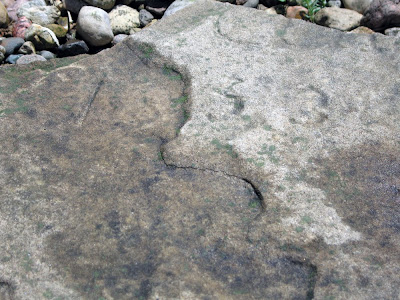 Or you never know what's going to happen when you start rattling dry bones, genealogical truth to which many will attest. Aw shucks, you're saying, just coincidence compounded by wishful thinking. Maybe, but I've seen too much to be entirely doubtful.

Take this week. On Monday I decided to move that big chunk of my great-great-great-grandfather's, William Clair's, original tombstone from a flower bed out back to a more prominent spot near the front door.

You can read more about William Clair and his traveling tombstone here, "The Misspelled Pioneer Cemetery." The short version: When William died in January 1853 there was no cemetery at what's now Columbia in Marion County so he picked out a hilltop burial site owned by his son, Zolomon Jones Clair, in Section 3, Pleasant Township, Lucas County, with a view that went on for miles. His sons scratched his name and death year into a slab of sandstone and put it on his grave.

A century later, my granddad decided to buy a new tombstone for the grave, now just inside the gate to a hilltop farm field, but left the original stone on the grave.

Enter a series of tenant farmers with big equipment who would not leave that grave alone. They ran over it, they moved the new tombstone around to suit their fancies and finally broke the old stone into pieces with a tractor tire. We picked up the biggest piece, the only one we could find, and brought it home. It landed in a flower bed at the farm, then came into town with my mother, William Clair's great-great-granddaughter.

Now it's out front beside the steps. I doubt many will recognize it as a tombstone. You have to look real close to see "1853" and a fragment of William's name. But I like having it there and someday, now that the gravesite has been declared a pioneer cemetery and has a little fence, I expect to take it back to Pleasant Township.

No sooner had I gotten that stone settled in a new home than I heard from Bill, a great-grandson of Zolomon J. Clair and his wife, Delilah; then another from Mickey, asking for clarification concerning Delilah's ancestors. I'd already heard from Laura, who had visited the gravesite for the first time over the Memorial Day weekend. Wonder who will be next.