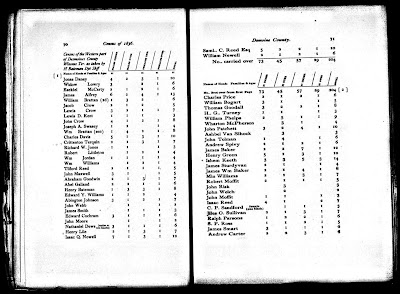 A continuing account of interesting people associated with the Des Moines River ghost town of Iowaville from the time of its founding in 1838 to roughly 1856.

Three men, James Jordan, William Phelps and John Tolman, are credited with founding Iowaville on the banks of the Des Moines River in 1838. All were traders with the Sauk and Fox: Phelps, because of his association with a substantial family firm in Illinois that later linked him to the trading giants of the Mississippi, was the most prominent; Jordan, on a substantial but lesser scale; and Tolman, it seems, on the smallest scale. Of the three, Tolman remains the most enigmatic.

There are multiple derivative accounts of Iowaville’s founding, all similar, each quoting the other without giving credit to earlier sources. The following is representative, although it is among the latest:

"The village of Iowaville was laid out by a company in 1838. The Sac and Fox Indians had sold 1,250,000 acres of land in this vicinity, and reserved two years’ time on the land after which James Jordan, William Phelps and John Tolman bought the Indians’ time for $3,000. The sale of time was made in the fall of 1837, and, in 1838, the Indians vacated, and (in) the spring of that year, the place now known as Iowaville was laid off. Black Hawk and a few Indians remained. Phelps and Jordan were the earliest settlers, they having come in the fall of 1837. Jordan had the first trading-post." (Evans, Capt. S.B., “The Blotting Out of an Iowa Town,“ The Annals of Iowa, Charles Aldrich, editor, Volume 8, Third Series, Des Moines: Historical Department of Iowa, 1907-08, page 57)

Tolman, perhaps native to Maine, seems to have landed in Iowa shortly after 1828 at what became Keokuk where he was employed as an itinerant peddler and trader for the American Fur Co., which had constructed five log cabins along the Mississippi there to serve as the base for its trading operation. By 1831, Tolman was living a few miles northwest of Keokuk along the Des Moines River in what became Des Moines Township, Lee County, where he had made a claim and built a cabin for his family (his wife reportedly was Sauk or Fox).

Benjamin F. Gue provides the following account of Keokuk’s founding, mentioning Tolman: “In 1831 (or 1830), Mr. (James W.) Campbell settled at Puch-e-chu-tuck (later Keokuk). The earliest settlers at this place after Dr. Muir (Samuel C. Muir, a U.S. Army surgeon stationed at Fort Edwards --- now Warsaw, Ill. --- who had in 1820 had built a cabin on the site of Keokuk for his Sauk wife and their family) were Amos and Valencourt Vanausdol, John Connelly, John Forsyth, James Thom, John Tolman, John Gaines and William Price, most of whom had Indian wives. Here the American Fur Company had erected on the river bank a row of hewn log buildings for the use of their agent in his traffic with the Indians and for the collection of skins and furs ….” (Gue, Benjamin F., History of Iowa From the Earliest Times to the Beginning of the Twentieth Century, New York: The Century History Co., 1903, Vol. I, Page 154)

A 1914 history of Lee County contains similar but slightly different information, dating Tolman’s arrival soon after that of Moses Stillwell, in the spring of 1828.

“Shortly after Mr. Stillwell established himself at the foot of the rapids,” that account reads, “the American Fur Company erected a row of five houses at the junction of Blondeau and Levee streets and installed Russell Farnham as resident manager; Josha Palean, Mark Aldrich and Edward Bushnell, clerks. Paul Bessette, John Shook and Baptiste Neddo came as trappers and hunters. The buildings the American Fur Company were of hewed logs and for many years were known as “Rat Row.” John Connolly, John Forsyth, James Thorn and John Tolman were employed by the company as itinerant peddlers and in the collection of furs ….” (Roberts, Nelson C., and Moorhead, S.W., editors, “Story of Lee County, Iowa,” Chicago: The S. J. Clarke Pulblishing Co., 1914, Vol I, Page 136.)

Tolman apparently lived during this earliest period a few miles up the Des Moines River from Keokuk in what became Des Moines Township, Lee County, opposite the Missouri village of St. Francisville. The source of this information is an address by Capt. James W. Campbell, one of Lee County’s first settlers, to Lee County old settlers in 1876. Here, he is taking his audience on a virtual tour of those members of the white tribe who lived in the vicinity of Keokuk during his early days there:

“Let us journey onto the westward (from Keokuk) in search of further marks of civilization. By the side of an Indian pathway, in Sugar Creek bottom (Se-sepawk-wah) we see the skeletons of a few wick-e-ups (wigwams), which assure us that man has been here (although a savage in these wilds) before us. But now all is lovely. Not even an alimo (Indian dog, half wolf) has remained behind to gnaw the bones thrown from his master’s camp-kettle. Onward we move, and arrive upon the verge of a bluff (near Sargent’s, now), and behold the Des Moines River in the distance, with Sand Prairie intervening, bedecked in nature’s garb, with thousands of flowers of different hues and tints, such has language fails to describe. We arrive upon the banks of the river, and enter the humble domicile of John Tolman, situated opposite St. Francisville, in Missouri. If this old house was upon its former foundation, you would find it about three hundred feet southeast of Mr. Noah Bailey’s residence, in Des Moines Township….” (Campbell, James W., “Capt. Campbell’s Address,” The History of Lee County, Iowa, Chicago: Western Historical Co., 1879, pp. 493-498 and beyond).

The 1914 Roberts and Moorhead history adds immediately after paraphrasing Campbell’s lyrical account above, “Several others about the settlements on the river at this period engaged in trading with the Indians, trapping, hunting and fishing, among whom were Russell Farnham, Mark Aldrich, Moses Stillwater, Joshua Palean, Edward Bushnell, Paul Besette, Baptiste Neddeau and John Shook.”

Other accounts suggest that Tolman and his family did not linger long in this lovely place along the river, but followed “civilization” and trade as it moved upstream along the Des Moines. An 1875 account of Keosauqua’s origins suggests that by about 1835, Tolman was living there, in what became Van Buren County:

“The first white man who settled on the sport where this place (Keosauqua) now stands was one John Silvers, who, in 1835, made a claim and built a small cabin on the bank of the river about where the old Keosauqua Hotel now stands. About the same time several other persons settled in the vicinity-among them E. Pardom, Isaac W. McCarty, John Patchett, and John Tolman, with his Indian wife.” (Andreas, A.T., “Illustrated Historical Atlas of the State of Iowa,” Chicago: Andreas Atlas Co., 1875, Page 494)

When the 1836 census of Desmoines County, Wisconsin Territory, was taken (and Des Moines County then included all of Van Buren County then open to settlers), Tolman was enumerated near other known traders --- notably William Phelps and Wharton McPherson --- as well as John Patchett, in or near what became Keosauqua. That census enumerates John as the head of a household of six people including four males over 21, one female over 21 and one male under 21.

Soon thereafter, Tolman may have moved upriver to the site of what now is Leando (originally Portland) on the south bank of the Des Moines midway between Keosauqua and Iowaville.” And it was here, perhaps, that he was living when he joined Phelps and Jordan to purchase the Iowaville site.

The source that links Tolman to Portland is an address by the Hon. George G. Wright (principal source for an earlier account here of Van Caldwell) that I’ve not been able to track down yet.

It is cited, however, by T. J. Fitzpatrick in a 1931 “Annals of Iowa” article tracing the origins of place names in Van Buren County: “According to G. G. Wright's Address, page 15, Portland was laid out in 1839 by John Tolman of Portland, Maine; thus directly naming the Iowa village after his old home place.”

Various online and unsourced family trees suggest that our John Tolman was a brother of a Nathan Tolman, who also settled in the Portland/Leando area at an early date, and that both were sons of a Reuben Tolman of Maine. But I cannot affirm any of this.

Whatever the case, John Talman’s trail fades after the Iowaville purchase. It seems possible to me that he and his family continued to follow the trade upriver to the Ottumwa area, where the Sauk and Fox settled after vacating territory near Iowaville and where they remained until the fall of 1842 and spring of 1843 when they were forced upriver again to the forks of the Raccoon by the treaty that opened much of southern Iowa to white-tribe settlement and forced the Sauk and Fox eventually west beyond the Missouri.

Wapello County probate indexes show that the estate of a John Tolman, perhaps this southeast Iowa pioneer and Iowaville founder, entered the court system at Ottumwa on 3 January 1846. I have not explored this probate file, however.
Posted by Frank D. Myers at 10:24 AM