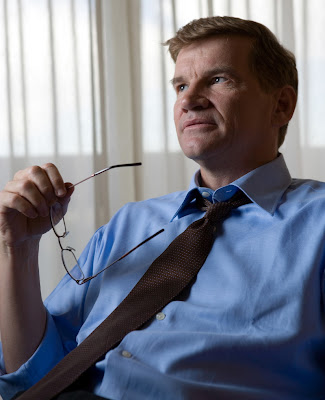 Brother Ted Haggard
Subtitled: The Haggard and Jones Show, but Not Merle and George.
By now it’s old news and a “Google News” search for Haggard --- that’s Ted, not Merle --- brings up fewer and fewer hits. But I did find a commentary not long ago, written by a black preacher, that dismissed gay male escort Mike Jones, who brought Brother Ted down, as a work of the devil, an interesting characterization. 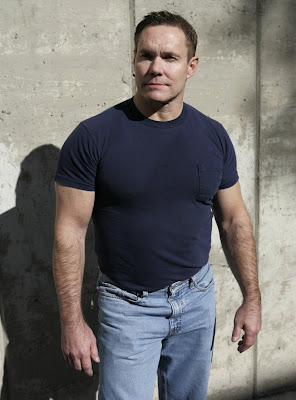 Brother Mike Jones.
You may remember the details of the Rev. Mr. Haggard’s fall --- not from grace --- but from position: As lead pastor of Colorado Springs’ 14,000-member New Life Church, which he founded, and as head of the multi-million-member National Association of Evangelicals --- a loose affiliation of congregations that probably would describe themselves as fundamentalist --- approximately 50 denominations (including Assemblies of God, Christian Reformed Church in North America, Church of the Nazarene, Evangelical Free Church of America, the Salvation Army and dozens more).
The Denver-based Jones, watching television some time ago, realized that a client he had serviced for about three years, known to him as Art, actually was Brother Ted --- the happily married father of five and a general in the war against gay marriage and those of us who are queer in general. Many of the Haggard and Jones encounters, Mike said, were methamphetamine fueled and Jones admitted to facilitating some of Haggard’s purchases, but denied selling him drugs outright.
Brother Ted denied it at first (“I didn’t have sex with that man”), then acknowledged that, well, the allegations were partially true, that he had bought meth once but never inhaled, that he’d gotten a massage from Mike, but by gum that was as far as it went. And then he vanished, leaving behind a letter to his congregation that surely does suggest Jones was the truthful one and that Haggard’s life to date has been a lie wrapped in lies.
Now he is undergoing “spiritual restoration,” apparently a Protestant version of Roman Catholic exorcism, only a far longer process, far more painful and with no guaranteed results. I believe they’re going to try to straighten him out, poor guy.
We live in interesting times.
Response to the Haggard and Jones show depends, I guess, on the “who” factor --- who you are and where you’re at with who you are.
I was lucky growing up so far as organized religion was concerned --- for the most part avoiding it. That was due to my parents, who never preached, rarely judged and whose relationship with whatever congregation they had established an uneasy truce with was governed by intercongregational warfare. First sign of trouble and they were gone. Me, too. Vamoose.
But you can’t escape genetics, and a residual centuries-of-Protestant -fireworks disdain for the Roman Catholic Church remains. What a glorious, but absurd, confection it is. Protestants are no better than they should be, either, however, and neither seems to have much to do with that guy on the cross --- more a matter of “Wooohee, look at me. I’m going to heaven and you’re not.” Such nonsense.
But, sure, I‘m a Christian, although content not to fuss much about it. That I think is the queer factor. You soon discover, when you are (queer, that is), that Christianity Inc. is determined send you to hell (although that outlook is moderating in some denominations now). Snce you know, if you‘ve got a lick of common sense, that sexual orientation is original equipment, it occurs to you that self-proclaimed spokesmen for the Creator can‘t send you to anywhere. At that point, that absurd collection of finger-pointers loses its power. So you bypass that old bankrupt institution that fancies itself the body of Christ and go straight to the Man himself. It’s called epiphany. I recommend it.
But that brings me back to Brother Ted and Brother Mike and an old story about my granddaddy.
Some time back before the turn of the 20th century, Brother Ollie Fluke and Grandpa got into it at a camp meeting in the Fluke grove down near Zion Methodist Church in Pleasant Township. That bunch of Methodists had discovered Pentecostal fire and some of them were busy helping to organize something called the Fire-baptized Holiness Association (Brother Ollie went on to preach and evangelize within that association and the Pentecostal denomination that grew from it). One of his distant kin was the late Dorothy (Fluke) Many, of Chariton --- quite a gal, and I’ve sometimes wondered how she and Uncle Ollie would have gotten along.
But that’s beside the point. Grandpa was a staunch Christian (Disciple of Christ) and Brother Ollie opined, I’ve been told, that those Christians just didn’t have enough of Holy Spirit in ‘em to get to heaven.
So Grandpa reportedly responded, if it came down to it, he’d “rather spend eternity in hell with the Disciples than in heaven with those Goddamned caterwaulering (translation: screeching like a cat in heat) Methodists.”
I sort of feel that way about Brother Ted and Brother Mike and “sinners” in general. I’ll take good old dumb maybe-I-can-make-a-difference-by-telling-the-truth Brother Mike any day. Work of the devil --- not at all. That boy’s glory-bound.
Posted by Frank D. Myers at 12:16 PM

I'd like to be in direct contact with him, about some of his exceptionally interesting postings. He can reach me at: MichaelLuickThrams@gmail.com Thanks much for passing this on.