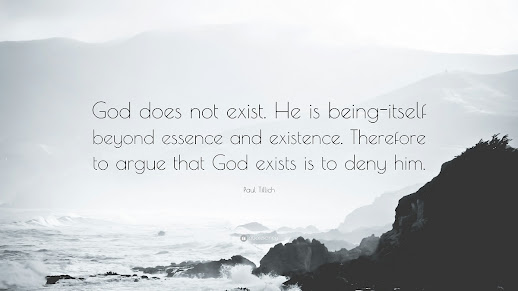 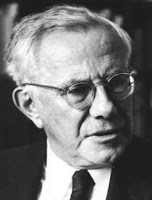 I wrote earlier in the week a little about John Shelby Spong, progressive Christian author and preacher (in settings both religious and non), who died last Sunday at the age of 90. Thinking about the Rt. Rev. Mr. Spong, retired bishop of the Episcopal Diocese of Newark, took me a step back to Paul Tillich (1886-1965), German-American theologian whose background was Lutheran, a major influence in Spong's outlook on faith and life. And mine, too, up to a point.

Tillich is the source of the quote used here this morning, one of the most useful thoughts about the human god concept that I've come across. Tillich also is credited with the descriptor "ground of being."

Many moons ago when I enrolled at the University of Iowa, freshmen were required to sign up for "core" courses. The biggie was "World History." But I opted for another, "Comparative Study of Religions," which sounded more interesting.

For some reason I've always been interested in religion even though I understood clearly quite early on that LBTQ+ people like myself were (and still are) pariahs in much of Christendom, my cultural setting.

Dr. George Forell (1919-2011), director of the University's Department of Religious Studies whose own philosophy was rooted in Lutheranism, was a frequent lecturer (and my adviser in the course). He was a philosophical disciple of Tillich and so Tillich's 1952 "The Courage to Be" was required reading.

I know I kept that book and I've just developed the urge to re-read it. But where is it? I may have to order another copy. In the meantime, I'll settle for the Tillich quote.