Now Andrew J. Ruble isn't really buried here --- he perished during the Civil War, dying of disease in Missouri on Jan. 16, 1862, six months after he had enlisted in Company D, 1st Iowa Volunteer Cavalry. His remains, probably buried in the vanished Otterville Civil War Cemetery in Cooper County, Missouri, have been lost. So this stone near his home in Iowa is his cenotaph.

But what killed him? The usual suspects in the deaths of young adults at this time are diseases, ranging in the years before immunizations, appropriate sanitation and science-based treatments, from measles through cholera to tuberculosis.

John's death was dramatic enough, however, to be mentioned in area newspapers, including The Chariton Patriot of Aug. 15, 1877, where the following paragraph, headline "A Singular Accident," is found:

"One of the most singular accidents that we have ever chronicled befell a young man named John Ruble, of Liberty Township, this county, on Wednesday last. Young Ruble was engaged in hauling sheaves of grain from the field, and having a pitchfork in his hand struck one of the horse with the handle which the frightened animal resented by kicking and striking the fork, the prongs of which were toward the unfortunate man. The sharp steel was forced into his body inflicting injuries from which death resulted in a short time. He was buried on the following day." 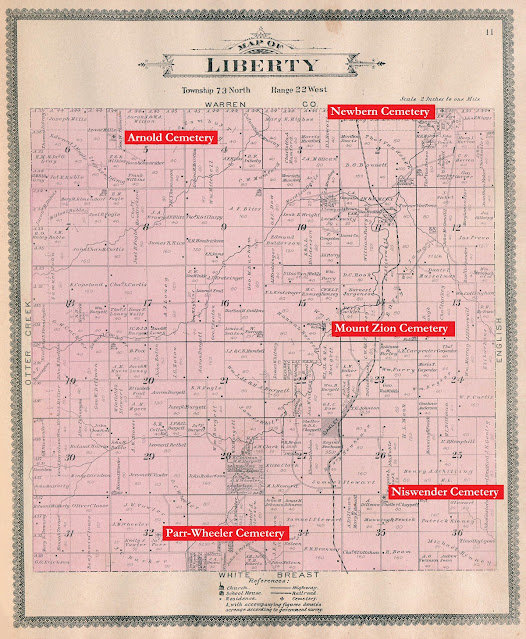