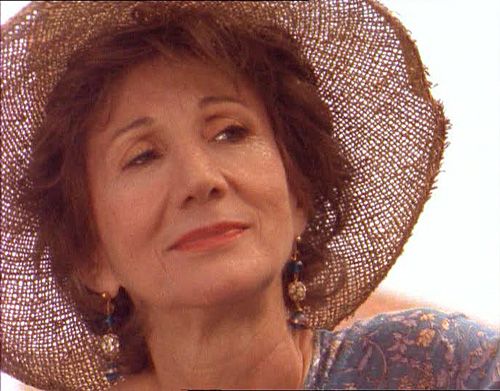 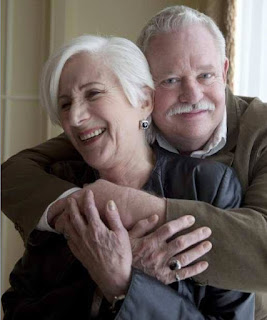 The incomparable Olympia Dukakis died May 1 in Manhattan --- in her 90th year. A supremely accomplished actress, she also was a career crusader for women's rights and LGBTQ rights and of course I, like most other gay folks, remember her best as Mrs. Madrigal, a recurring role in four adaptations of Armistead Maupin's "Tales of the City."

That's Dukakis above as Anna Madrigal and at left with Maupin, who now lives in London with his husband, Christopher Turner.

For the uninitiated, "Tales of the City" began as a series of novels by Maupin, the first five of which were serialized beginning in 1978 while Maupin was writing first for The San Francisco Chronicle, then The Examiner. In them, Mrs. Madrigal was landlady at 28 Barberry Lane in San Francisco to a created (as opposed to biological) family of young men and women, many of whom were gay. Madrigal herself was transgender, although that was not immediately apparent in the series.

The UK's Channel 4 developed the miniseries of the same name, starring Dukakis and many others, during 1993 and it was picked up for rebroadcast early the next year by PBS for its "American Playhouse." This proved to be a considerable shock in some parts of the U.S., including the Midwest. How dare they show gay folks living fulfilled lives quite happily out of the closet?

Some PBS stations opted out of the programming, but Iowa Public Television decided to show a "soft" version of it. The series was British, not American, so the occasional bare breast and buttock flashed by. These were pixilated out. Some of the characters cursed. These forbidden words were erased. Not much could be done about those horrifying images of two men sharing a bed, however.

IPT did not promote the program and moved it to its most obscure timeslot of the day --- 10:30 p.m. Wednesdays preceded by lavish warnings about adult content. After it became the most viewed programming in PBS history, IPT's Daniel Miller declined the offer of rebroadcast rights, allowing that Iowans just weren't interested.

Naturally, I was interested, but was working a daily newspaper night shift at the time so couldn't very well watch. That caused me to go out and buy my first (and only) VCR to record the broadcast while I was away. Later on, I bought the VCR version, not necessarily to see the breasts and butts or to hear the cursing, but because IPT's north Iowa signal was weak in those long-ago pre-cable and pre-satellite years and I just wanted to see it clearly.

Dukakis reprised her role in further series during 1998 and 2001 --- these offered by Showtime after PBS declined --- and again during a Netflix sequel miniseries that aired during 2019. It's great stuff and the 1993-94 version, also available on Netflix, holds up very well.

But, Mrs. Madrigal no longer is with us now --- and that makes me sad.