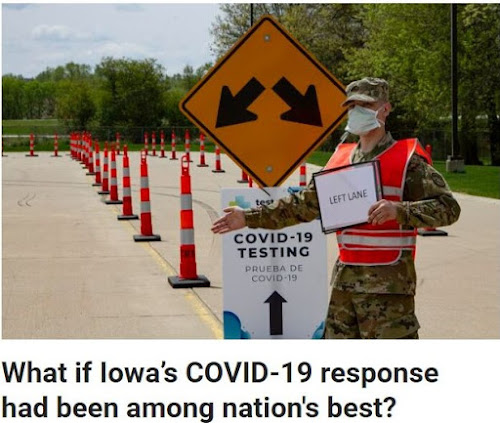 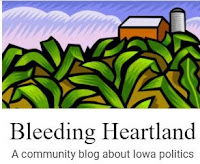 So Tuesday was the one-week anniversary of my second Covid-19 shot (Moderna) and in a few days I'll be as close to being as fully protected as possible by the vaccine.

Side effects? Muscles around the incision point were a little sore on the day after and I was tired, too. Still off my feed a little on the day after. But that was it. No chills, fever, headaches or anything else.

Any changes in behavior because of the new "protected" status? No. Still wearing a mask when around people not in my core group and avoiding groups, sanitizing hands, keeping social distance. All of that's likely to continue for some time.

Many places in the United States, Canada and elsewhere around the world are experiencing spikes in new cases of the virus linked in part to new varieties. That's likely to happen in Iowa, too, so this is not the time to relax and drop guards.

Routine trips this week to the grocery store, where masks have never been universal and in fact few and far between at various times of the day, suggest many in Lucas County still don't take the Covid-19 threat seriously. Stopped in over the weekend to pick up a single item or two and some younger staffers, presumably in the absence of supervisors, were wearing their masks as necklaces.

Some of what Swenson reports is reassuring --- Iowa now ranks in the top half of states where residents have received one dose of vaccine, in the top third of states where two have been administered. So the immunization process --- facilitated in Lucas County by our excellent Department of Public Health in partnership with Lucas County Health Center --- is working well.

But that good news is paired with an analysis of past performance that is less reassuring --- seventh worst among the states in case numbers per capita; 17th worst death rate.

I'm betting that in the absence of leadership on the state level, and that's unlikely to be forthcoming from the Reynolds administration and the Legislature, efforts to push immunization rates upward will falter. It remains to be seen what the outcome of that will be.

Frank, great post! I have met Mr. Swenson and he is an excellent presenter on Iowa's economy and several other subjects including demographics and community planning. It is a damn shame policymakers in this state don't pay more attention to what scholars like Dave have to say.