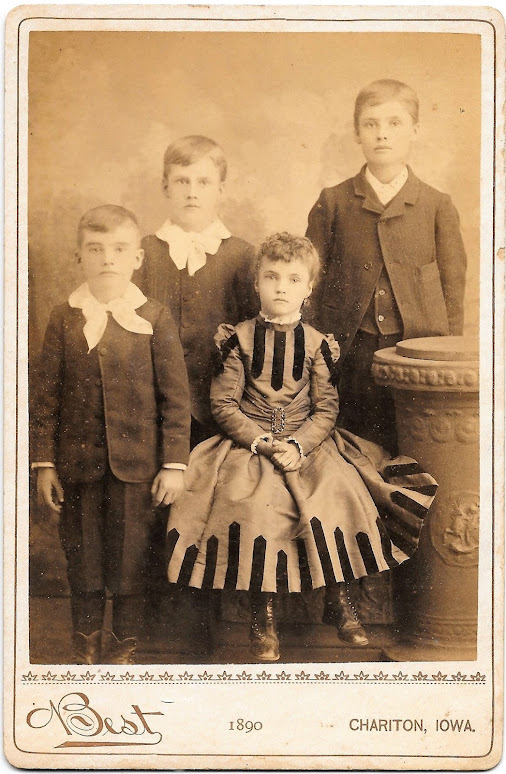 This image caught my eye Friday while I was filing --- partly because of the intense expressions of the youngsters and partly because of how alike they look. The latter's not surprising since they're siblings, children of Charles W. Brown (1851-1920) and Mary Jane (Calhoun) Johnston-Brown (1848-1928), and the two younger children are twins.

The photograph has been in the Lucas County Historical Society collection since 1967, when it was donated by Inda Van Arsdale Post.

With the exception of Gale, all of the Browns are buried at Oxford Cemetery. Gale died in Long Beach, California, where he had located in 1944, and is buried there.

where is oxford cemetary? john j popson marion co is