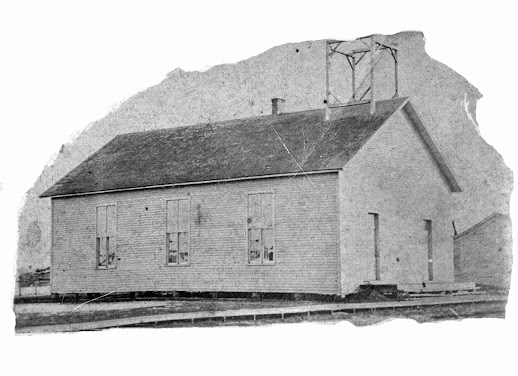 Protestants have squabbled over all sorts of issues as the centuries since Martin Luther rolled by, including the appropriateness of musical instrument use in congregational worship. The organ in particular was viewed with suspicion by some because of its long association with Roman Catholic liturgy. Others considered all musical instruments, other than the human voice, too secular.

During the latter half of the 19th century, as reed (or pump) organ technology advanced, relatively inexpensive instruments became readily available both for home and small-church use.

The debate in Chariton's Christian (Disciples of Christ) congregation seems to have reached the boiling point in the season of Advent, 1879, when The Patriot of Dec. 3 reported as follows: "The Christian congregation in this city is badly split up. The organ question was the rock upon which the society stranded. The pastor has resigned, and the anti-organ folks seem to hold the fort, while those with music in their souls have hung their harps upon the willows, because they are too sad to play on them."

During that same week, George A. Lockwood, jeweler on the west side of the square, was advertising "A large stock of Estey and Western Cottage Organs for sale; the finest and cheapest organs in the United States."

First Christian (top), at that time, was located on South Grand Street, immediately west of the current location of First Baptist Church. This photo was taken during the same year as the organ squabble. The simple building housed an aspirational congregation that just the preceding August had invested in a new communion set, as reported in The Leader of August 9: "The Christian Church in this city have just purchased an elegant communion service for use in the church. The set was bought of G.A. Lockwood, and for style, elegance of finish and quality cannot be excelled."

A response to The Patriot's Dec. 3 report was published in The Leader of Dec. 6 as follows: One who has knowledge of the trouble in the Christian Church hands us the following with the request for its publication, which we cheerfully grant: The Christian congregation at Chariton is not split up as bad as the Patriot supposes, neither are they so much anti-organ. But they do not propose to have an organ or anything else posted on them in such a bull-fisted kind of way as was tried not long since."

I could find nothing to tell me how this skirmish ended, but it's useful to note that First Christian still is with us, although it has relocated twice since 1879, and there is an organ (as well as a piano) in the chancel of the current building.