Shall We Gather at the (Chariton) River .... 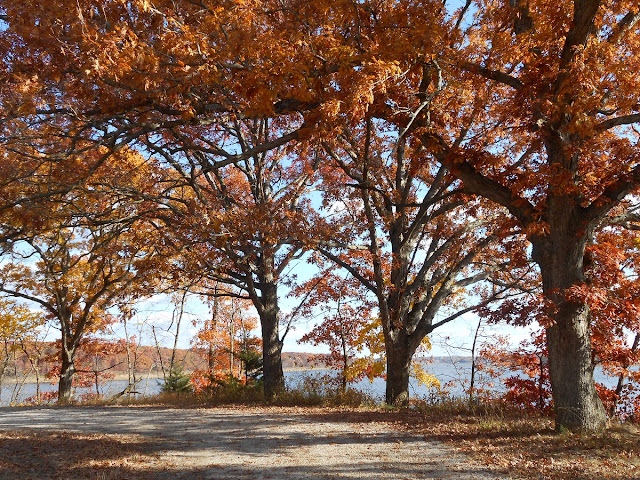 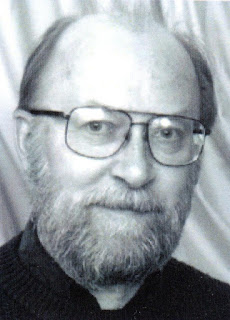 This was the week when news circulated belatedly among friends and former co-workers of the death earlier this year of David Krotz, one of those remarkable folks who back in the good old days used to wash up unexpectedly now and then in newsrooms.

A lifelong writer, David was among other things a co-founder of the organization Trees Forever. And, although hardly an orthodox believer, a fan of old-time gospel music.

For some reason, many of these old songs, protestant products of the late 19th and early 20th centuries, have the power to transcend sectarian squabbles, denominational divisions and even faith itself, and spread a good deal of joy still among their fans.

Anyhow, thinking about David reminded me of this piece from The Chariton Leader of Nov. 9, 1911, in which editor Henry Gittinger recalled a long-ago Baptist gathering at the Four-Corners meeting ground --- an oak- and hickory-studded promontory overlooking the Chariton River Valley just south of Evans Cemetery, where Lucas, Monroe, Appanoose and Wayne counties meet.

The photo above, taken in early November a couple of years ago on that promontory --- now a parking lot --- shows some of the changes that have taken place in intervening years. The river valley  beyond now is filled with the waters of Rathbun Lake and the old road south into Appanoose and Wayne counties ends at water's edge.

David, quite obviously, would have liked the trees --- if not the alterations to the landscape.

As background to Henry's piece, it's useful to know that a week-long series of revival meetings was in progress at First Baptist Church when he wrote it, and that the Rev. Hugh Moore was that congregation's pastor. The Rev. Mr. Martin had been guest preacher the previous evening.

I think David also would have liked Henry's memories of the old gospel song, "Shall We Gather at the River," which is a favorite of mine, too. The Four-Corners landscape may have changed dramatically during the past century, but "Shall We Gather ...." hasn't.

On Tuesday, the Leader editor met Rev. Hugh Moore, in company with Rev. Martin, of Centerville, on the street, and (the Rev. Mr. Moore) inquired:

"Where did you attend church last night?"

The reply was that the exact place could not be called to mind just then.

But he was not caught in such chaff, so gave an invitation to attend his church that evening.

He smiled at that and went on, revolving in his mind how versatile a sinner is in his excuses.

Now the Leader doesn't dislike the Baptist church. Often an old memory comes up --- forty years or more ago, and that is a long time.

The Baptists were to hold a big association meeting in the big grove down near where the four counties corner ---  Lucas, Monroe, Appanoose and Wayne. It was close to the Evans cemetery near the big spring, a most sightly place, overlooking the Chariton river and the bottoms beyond, fringed with native wood, with a contour of bluffs in the distance.

Everybody was preparing for the big occasion for miles about, and it was a happy morning when the family was loaded into the new wagon and the cantering drive was made, along the old sate road to the big red house on the county line, and thence to the meeting place, five or six miles distance.

There had been great preparations, stands under the trees, and seats for the multitudes. Glad were the hand shakes, and cordial the greeting of old friends for the requiem of pioneer days still lingered.

The sermons cannot be remembered as youth is careless, but they must have been full of the spirit as they met with approval and many fervid "Ameens" resounded through resonant wood and happy visages shone with the light of faith. It was there that the writer first heard the grand hymn.

"Shall we Gather at the River."

Rev. Thornton Davis and daughters, Gregg  Baldwin, and a number of the other best singers in the community stood before the vast throng and sang in the afternoon, and to us that has ever been the sweetest song we ever heard. Perhaps on account of the young impression and occasion. Often in imagination we see the singers and hear the rhythm of those tuneful words:

"Shall we gather at the River
Where bright angels' feet have trod,
With its crystal tied forever,
Flowing by the throne of God."

Long since most of those who sang that day have gathered at the river and the scene is one of sacred mememory. Occasionally we hear the old song and the pathos swells up --- and it is pleasant for they were good people who have crossed to the other shore to live forever.

No. we don't dislike the Baptists.

Here's one of my favorite versions of that old song, performed by Buddy Greene and Jeff Taylor:

I hadn't heard and somehow missed the obit in our paper. It had been years since I saw Dave but recall many a concert where we were in the small audience for good performers at Stone City.