There's been so much sidewalk superintending to do this week, I'm surprised anything else got done --- although I did get the garlic dug and laid out to dry in the barn while it still was cool Thursday morning. 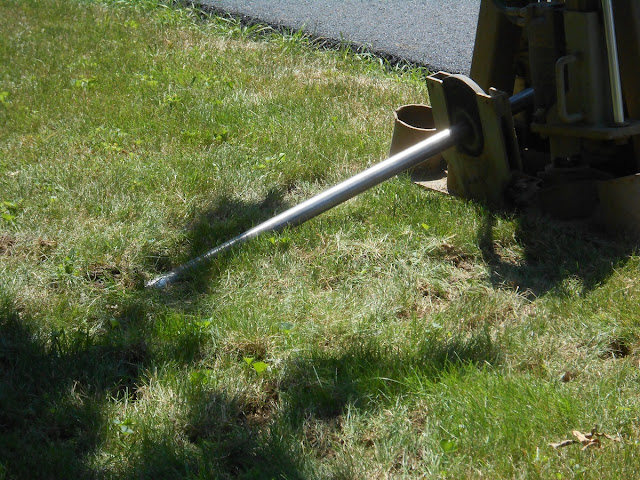 After lunch, the crew from an Alliant Energy subcontractor stopped by to install a new gas line from street to house --- and keep me entertained.

The really annoying thing here is that some time within the last two weeks, these guys managed to install a new gas main all along the east side of my block --- and no one noticed. (The goals of the current project in the neighborhood include replacing all of the lines in this block, moving the main from a long-vacated north-south alley to streetside.)

They've been doing a variant of the same thing this week when connecting the new main to houses along it --- drilling horizontally under the lawn from streetside into holes dug alongside buildings, then drawing the yellow gas tubing back through it to streetside. Others will be along at other times to make the connections and it will be some time before the old gas lines are abandoned and the new gas lines activiated.