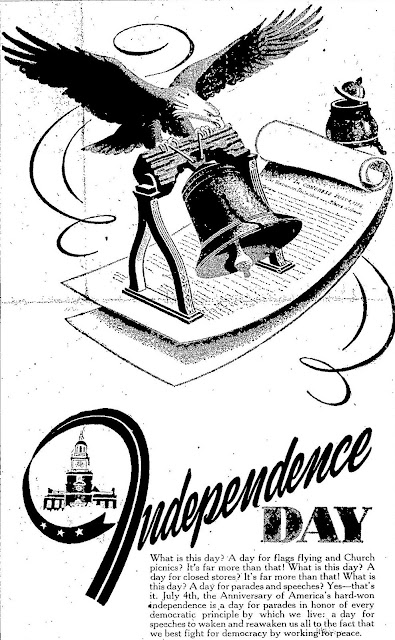 I lifted this from Page 1 of The Herald-Patriot of July 4, 1946 --- celebrated a year after World War II had ended in both European and Pacific theaters. The words seem as appropriate now as then.

Elsewhere on that page, it was evident that wrangling for political advantage in upcoming elections had already begun. Abe Hass was a candidate for county attorney and his "stirring address" to the recent Republican convention in Chariton had merited a banner headline: "Hass Warns Electorate Dangers Ahead: Speaker Declares Present Condition of Country Due to Washington Waste."

There really is no new thing under the sun.