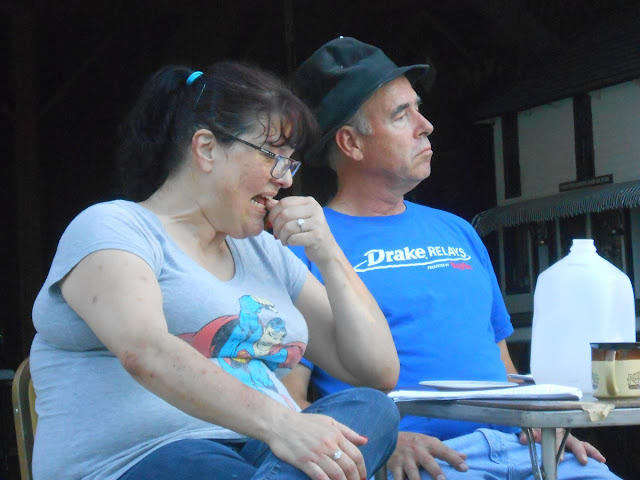 You're going to love the Chariton Valley Players' production this evening  of an original play that brings the foundational story of Chariton's location and naming back in 1849 to life. I sat in on rehearsals Monday evening and so can guarantee it.

The production will be presented in conjunction with the Lucas County Historical Society's annual ice cream social on the museum campus at 123 North 17th Street. Doors will open for tours of all the buildings at 5:30 p.m., free ice cream will be served in the pioneer barn from 6 until 7 p.m. and at 7 p.m. the players will take the stage on the patio.

Everything's free, but the collection jar will be out to benefit the players.

Surely you remember the background --- During September of 1849 at the behest of newly-elected county commissioners and organizing sheriff James Roland, three locating commissioners met at the cabin of William S. "Buck" Townsend at Chariton Point to stake the spot where the new Lucas County seat would be planted. They were Pardon M. Dodge of Appanoose County, Wareham G. Clark of Monroe County and Richard Fisher of Wapello County.

Before getting to work, they engaged in a little wolf hunting down along what now is called, reportedly because of that adventure, Wolf Creek.

On the appointed day, the three gentlemen and various hangers-on traveled about a mile and a half northwest of Buck's cabin to what now is the southwest corner of the square, planted a stake to mark the location and named it --- Polk, after President James K. Polk, a highly partisan decision that did not set will with many, the main reason we're actually named Chariton.

Then the commissioners proceeded to lubricate themselves liberally with whiskey brought along for the occasion.

All of this plays out in a light-heart manner in two acts written by Matt Rebol.

It was cool and pleasant on the patio last evening and should be again, since the heat wave doesn't arrive officially until tomorrow. So come on out and join us!

Both the ice cream social and the performance will go forward rain or shine. If it's looking rainy by 4 p.m. or so we'll set up the Pioneer Barn for both socializing and performing and serve up ice cream from 6 to 7 and the Chariton Valley Players at 7 p.m. 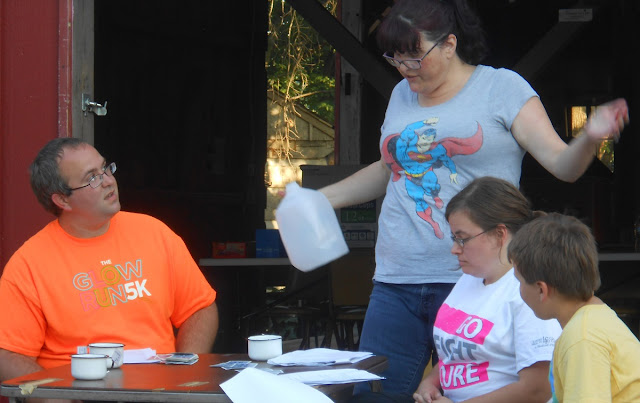