Tangled up in blue (rather than purple) .... 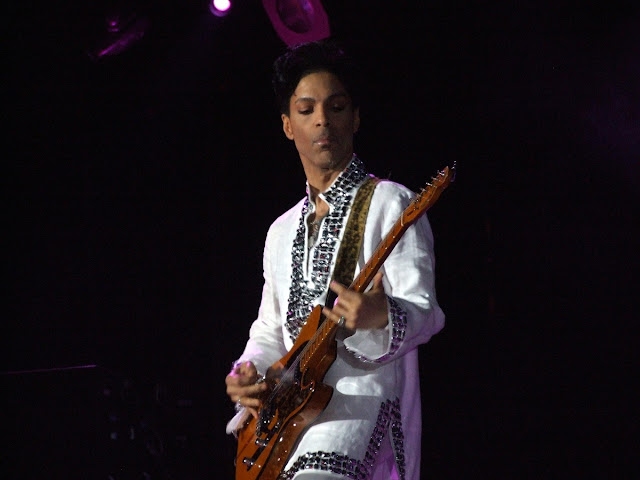 Every Iowan believes that there's a little bit of Iowa in every good thing --- so I was relieved to see this snippet yesterday on the Facebook page, Historic Valley Junction:

A very small world indeed - census records show that Prince's maternal grandparents, Frank and Lucille Shaw, lived in Historic Valley Junction, West Des Moines, IA, in the 1920s. Their home was at 107 11th Street, near 11th and Railroad. Frank was a Pullman porter and their daughter was Mattie Della, Prince's mother. The family relocated to Minneapolis by the 1940 census.

You just knew there had to be a connection --- even those of us who were not necessarily fans of Prince and his work. That's a generational thing. Some of us are just too old.

I do think Minnesota State Sen. Karin Housely is carrying this whole thing a bit too far, however. She wants to have purple designated the official Minnesota state color.

That's all very well and good, but what are they going to do up there when that other Minnesota boy, Bob Dylan, kicks the bucket? As for me, I'm still tangled up in blue.