Obviously, my invitation was lost in the mail 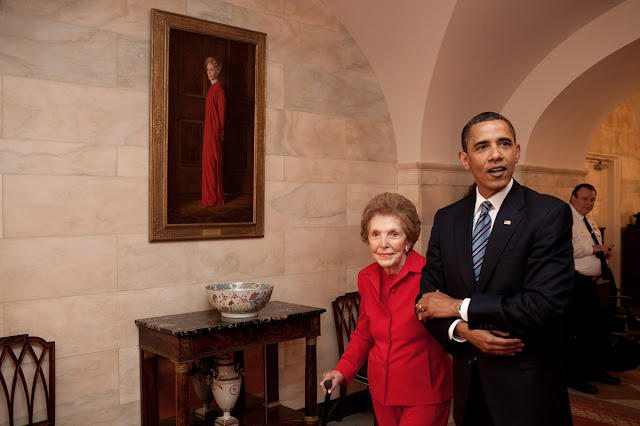 For the record, I'll not be attending former first lady Nancy Reagan's funeral in California on Friday.

Not that there's any hostility toward Mrs. Reagan --- she was a classy lady of considerable style who was an ornament to the White House, stood by her man and conducted herself with great dignity in retirement.

But I wasn't invited. Perhaps the invitation was lost in the mail.

I'll be in good company in absentia, however. President Obama will be in Texas that day.

Actually, I've tended over the years to like first ladies better than their husbands --- although I do rejoice daily that Mrs. Obama's spouse is the current White House incumbent. I'll miss the Obamas' elegance, grace under fire and good sense.

But I'd have been far more likely to vote for Nancy Reagan for president than for her somewhat overrated spouse.

That affection for former first ladies is one of the minor reasons I look forward so much to casting my vote for Hillary Clinton this fall.