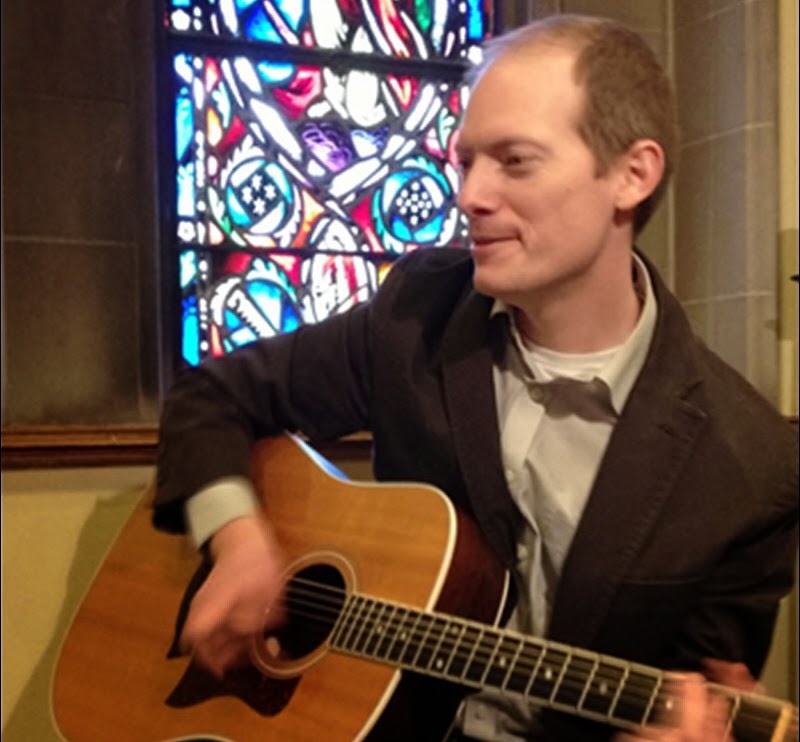 I sat bolt upright in bed the other morning, convinced that today was Palm Sunday --- which of course it isn't (merely the fifth Sunday in Lent). This wouldn't be a big deal personally were it not for the fact I pick the hymns, play them with very little skill on Sunday mornings --- and do the bulletins, too. And Palm Sunday requires a major shift in both repertoire and liturgy.

So I got out of bed, checked a calendar, heaved a sigh of relief --- then went back to sleep.

But where in the world did Lent go to? We'll do Stations of the Cross, rather than Evening Prayer, for the last time this season Wednesday, then it really will be Palm Sunday, then Maundy Thursday, Good Friday, Holy Saturday and Easter Sunday --- the Holy Week Express.

I've been listening this week to "Taste and See," a Eucharist hymn by Rob Leveridge (above), ordained a United Church of Christ minister and also a talented musician. There are other versions of "Taste and See," familiar to Catholics, Episcopalians and more, but all based upon Psalm 34. I think I like this new one best.

Leveridge is a former pastor of First Baptist Church of Iowa City (ABCUSA) who, until mid-June, was associate pastor at First United Church, Oak Park, Illinois. "Taste and See" is from a new album of worship music, "Dancing on the Mountain."

Some suggest that God, however perceived, becomes incarnate principally through love and service to others --- and one expression of that is the shared meal that Eucharist boils down to when all is said and done and squabbles about the nature of the elements, appropriate frequency and who is allowed to partake are laid aside.

So here's something to listen to as another Sunday morning launches. Leveridge talks a little about the song in a blog entry, which you'll find here.