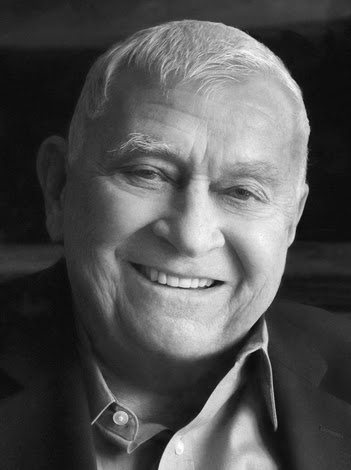 The late Morgan Cline's record as a rescuer and restorer of vintage buildings is legendary in the south of Iowa, especially in his native Appanoose County. Think of Centerville's Continental, Bradford Hall, the Columns, Beck Mansion and a variety of other homes as well as commercial and public building projects that he had a hand in.

What's less familiar in this neck of the woods is his work as a preservationist and philanthropist in New Jersey. The Exline native and retired millionaire founder and CEO of the Cline Davis & Man healthcare-specific advertising agency lived there, at Riverwind in Middletown, for many years with his partner of 52 years, Benjamin R. D'Onofrio.

John Foreman, who blogs from Manhattan and elsewhere under the heading "Big Old Houses," put it this way: "Cline was a preservation legend in New Jersey, the savior of many an old building and a key player in the dramatic rebirth of Hoboken."

Not long before his unexpected death at age 81 on April 20, 2014, Cline had purchased a neighboring estate, Riverside, that had fallen on hard times --- just to save it. This was a work in progress at the time of his death and the Cline estate has continued the work and now is marketing it.

Enter Foreman, who writes weekly about a "big old house," a majority of them in the New York City region and most far grander that anything found in Iowa. I look forward to his weekly, lavishly illustrated (often with floor plans!) posts.

This week he visits Riverside, now nearing completion and on the market. You can read all about it by following this link to the "Big Old Houses" blog post entitled "A Visit to Rumson." And, yes, the whole project is rather gray, but keep in mind it is being marketed as a potential dwelling for someone with a great deal of money who would be expected to bring in a high-end decorator to transform its neutral walls into something quite different.

Cline's remains, by the way, have by now joined those of his parents and a brother in the family mausoleum he built in the Exline Cemetery.
Posted by Frank D. Myers at 6:20 AM