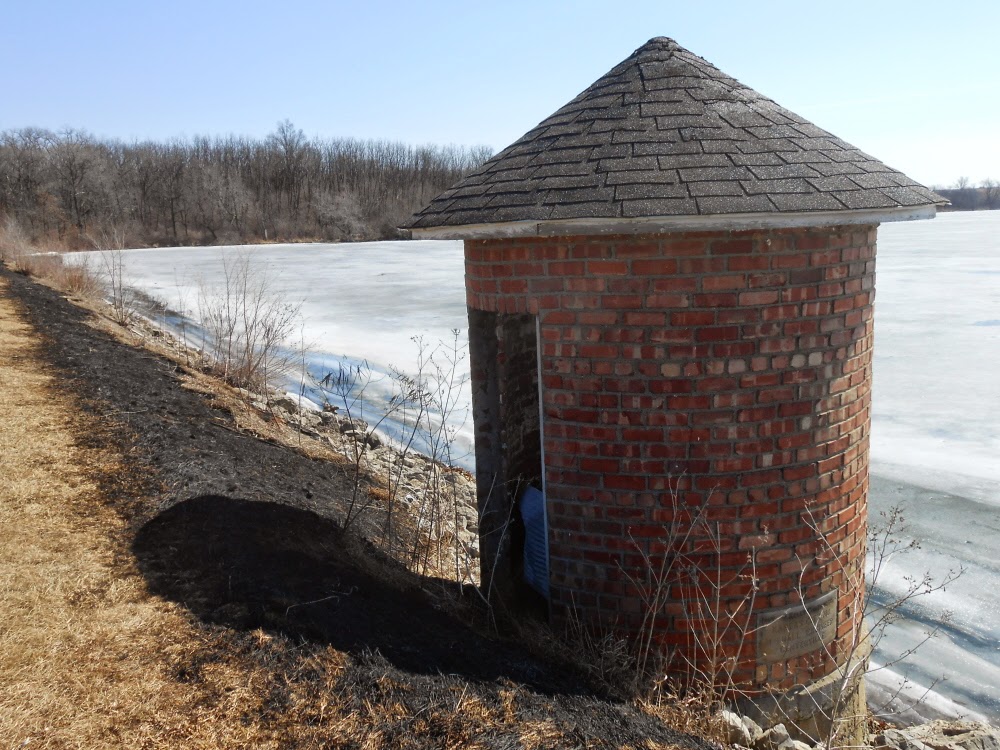 It was such a nice day Monday that I walked out across the Lake Ellis dam --- just to see what was going on on the other side (nothing in particular) --- and passed this familiar little structure built into the dam en route.

It looks a little like the entrance a family of gnomes might use if their home were in the dam --- and it does have a great view.

But it's actually the dam gate house, built in 1916 to house the four valves that controlled the flow of water into the new treatment plant --- located just below the dam (the current treatment plant northwest of the lake is much later). 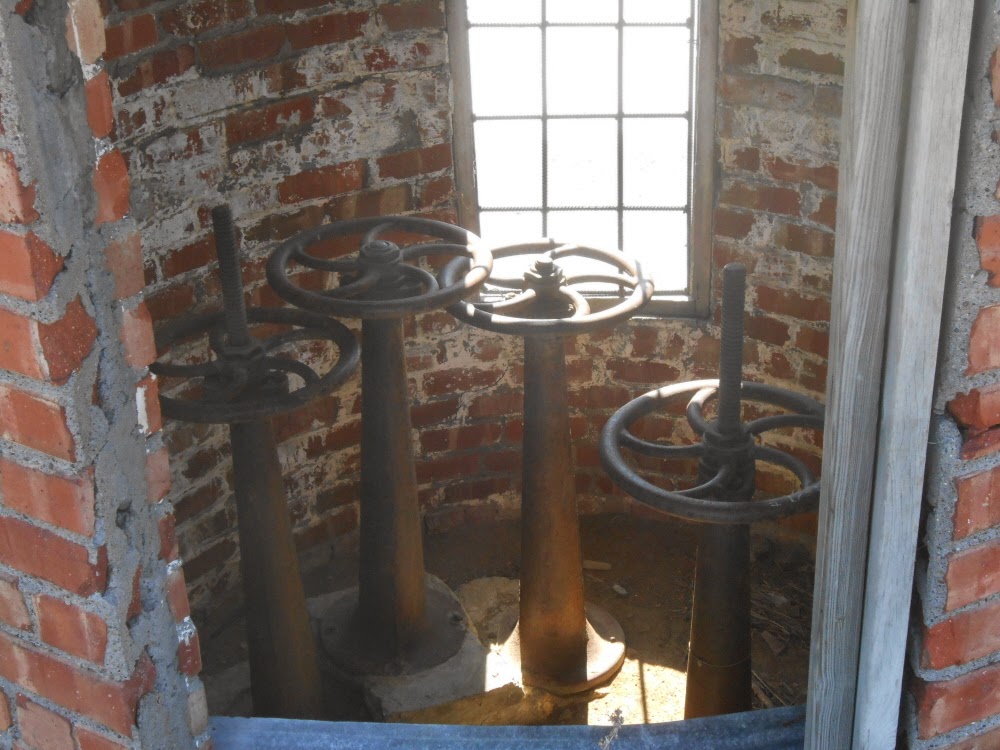 Four intakes had been built at various levels in the dam to supply the treatment plant and these were opened and closed here, depending upon circumstances --- including the level of the lake.

Built into the base of the little structure are the names of the civil engineer who designed both reservoir and water treatment plant, M.G. Hall, of Centerville --- he had designed Chariton's sewer plant the year before; and the contractors who built reservoir and plant, Maloy & Kelly, of Kansas City. 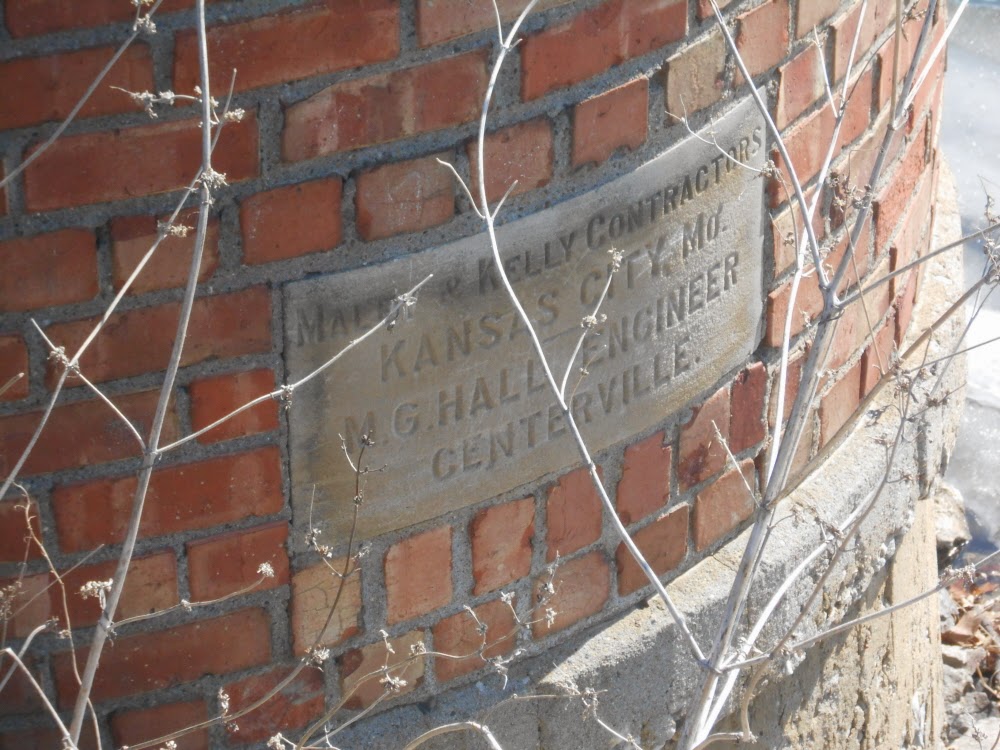 Here's a description of how the water treatment plant worked, taken from The Herald-Patriot of July 20, 1916 ---

"The operation of the plant will depend upon gravity alone, unless on account of dry weather the supply in the reservoir should be drawn to a low state. The water from the reservoir is let into the plant by means of one of four intakes, situated at different elevations on the dam. The flow of the water in these intakes is controlled by a system of valves located in a gate house in the dam.

From the gate house the water flows through an elevator into a mixing chamber, where chemicals are applied with the water flowing into the plant. The next step is the proper treatment with chemicals. The difficulties here are many and varied, and seldom the same in any two plants. Too much stress cannot be placed upon the importance attaching to this matter. Most of the plants which fail, either partially or wholly, fail because of faults in applying or handling the chemicals.

After the proper amount of chemicals are applied in the mixing chamber the water enters the settling basins, where a large amount of the suspended dirt and other matter is deposited. The suspended matter consists not only of that originally present in the natural water, but also that artifically created by chemical treatment as well as a major portion of the bacterial content of natural water, which is caught and enmeshed by the action of the coagulent.

After the water leaves the settling basins it enters the filter beds. The filters form the most interesting part of the plant. It is here where the feathery floculent produced by the chemical action in the settling basins is caught on the  filters in a mat and this mat in turn catches all the small particles in the water.

Bacteria, like fine clay, are so small as to pass through the sand filter bed and hence are caught on this mat and the pure water passes through into the clear wells from where it is pumped for use.