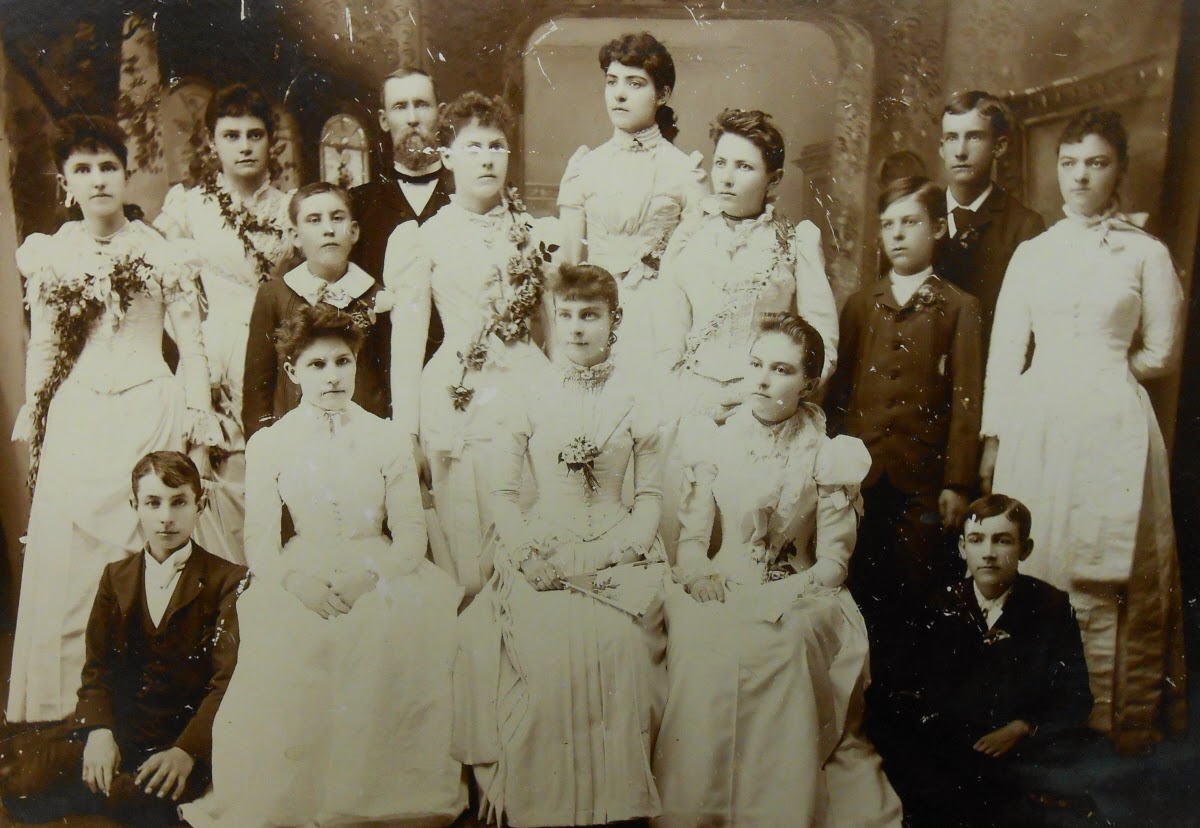 This is turning into a busy week, so here's another photo from the Lucas County Historical Society collection --- of the Chariton High School class of 1890.

Chariton High School graduated its first four-year class during 1878, so this would have been the 13th. And we actually have a copy of the graduation and baccalaureate program, too ---  but it didn't occur to me the other day to photograph it.

This is a very large image and as you can see it apparently was banged around a lot before it reached us. The emulsion is chipped and scratched, but everyone still is identifiable. There were 17 class members, 14 of them present when this photo was taken.

The gentleman in the back row with a beard is J.M. Hanlin, superintendent of schools. Scholars in the back row are (from left) Sarah (Eikenberry) Sigler, Mildred (Hawksworth) Covell, Edwin Erle Lewis, Lura (Simmons) McConkey, Tessie (Courier) Berkman, Laura (Simpson) Cheever, Fred Bartholomew, Will H. Lewis and Hattie Troutman.

Class members not included in the photo were Nora (Everett) Nichols, May (Everett) Von Kutzleben and Juno Waynick. Two of the classmates would die soon after graduation --- Maude Powell on July 8, 1890, and Juno Waynick, on Aug. 25, 1891.

The class held its 50-year reunion in Chariton during May of 1940. By that time, two more classmates had died --- Lura (Simmons) McConkey and May (Everett) Von Kutzleben. And by 1940, only two class members were living in Lucas County --- Nora (Everett) Nichols and Roy Hatcher. So the flight of young people from the communities where they grew up is hardly anything new.