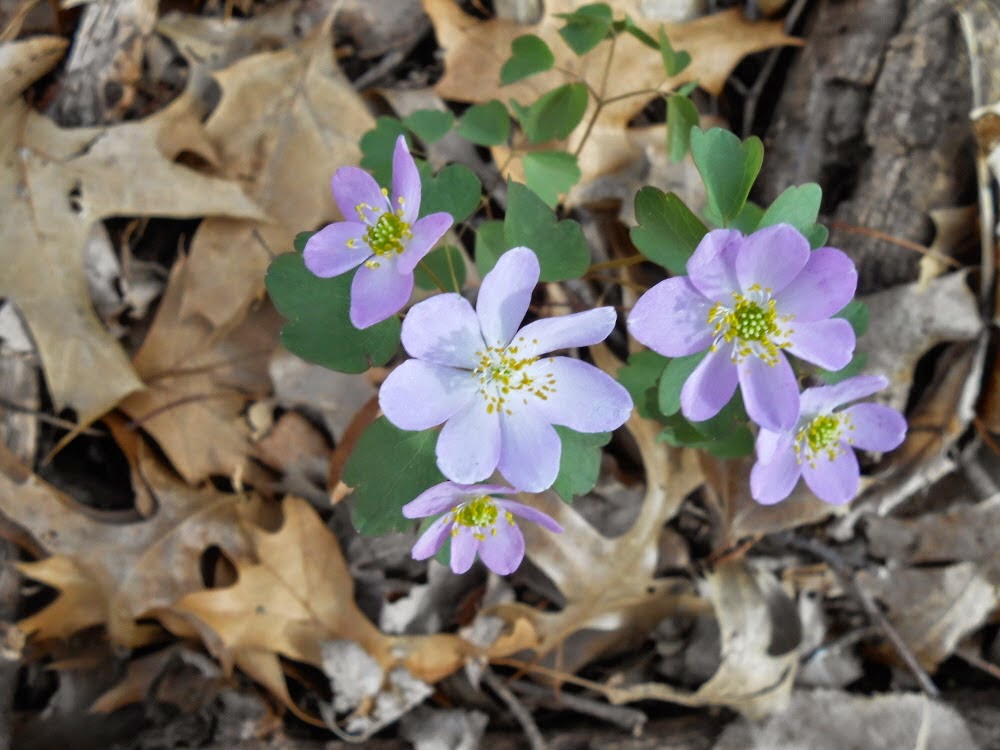 Although it's a balmy 14 degrees now and the National Weather Service's "wind chill advisory" is being held at bay at the north Marion County line, we're set for another plunge to zero overnight, colder temperatures tomorrow night.

When you consider the snow situation in New England, we don't have that much to complain about. Still, it seems like a good morning for flowers. These Rue-anemone were blooming in the Red Haw woodland last spring, spring will come again and they'll bloom again. I'm trying to keep that in mind. 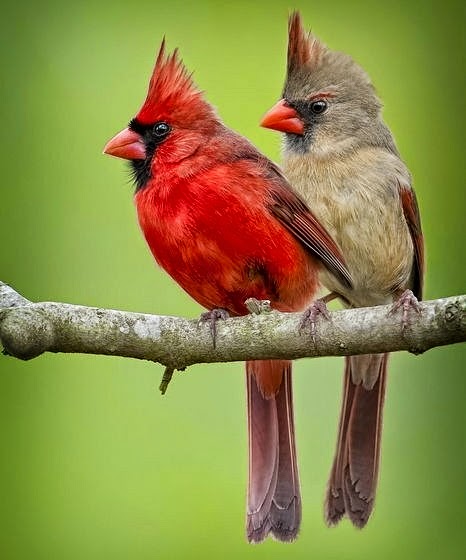 My friend Nick Cattell, who has spent the last couple of years developing the Country Cabins Motel and camping complex on the former Lake Vista supper club and Jerry Wells cabin site along Highway 34 east of Chariton, is a contender now for a "Dream Big Grow Here" grant to fund a bird/wildlife sanctuary on part of the property.

"Dream Big Grow Here" is a University of Northern Iowa-based project that rewards sound business plans --- and good pitches --- with cash grants to boost projects in various categories. The key to success is attracting votes to your project --- the more votes, the greater chance of success.

You can help out by going to Nick's project page, which is here --- and voting for the project. You can vote here once a day until March 1. And while you're about it, you can "like" the Country Cabins Facebook page, which is here.

Lucas County's bird population attracted renewed attention during June when the Thousand Acres unit of Stephens State Forest --- the unit northeast of Chariton --- was designated Iowa's 13th Bird Conservation Area (BCA). The unit's mix of woodland and grassland is considered especially remarkable because it is home to more than half of Iowa's nesting bird species.

Another Stephens State Unit, shared by Lucas and Clarke counties to the west, was designated a BCA during 2011 --- so we're the only county in the state that has two of these areas within its boundaries.

Lucas County Tourism (a division of Chariton Area Chamber-Main Street) has been working since to develop projects that would engage bird watchers and others who visit these sites. Nick's is an independent, but complementary project, that would take advantage of the woodlands in the north part of his property that stretch down toward city-owned Lake Ellis.

It's a great idea --- and it doesn't cost anything to vote!

And don't forget the Shrove Tuesday pancake supper to night at St. Andrew's Episcopal Church, Highway 14 North. We'll be serving from 5 to 7 p.m. with all proceeds going to the Ministry Center food bank.

I'll be cooling my heels until supper time this afternoon behind the big plate glass windows of the Chamber-Main Street office, playing receptionist because our highly competent friend and office manager Sonya Gwinn quite selfishly has decided to retire and enjoy other aspects of life for a time. We should have a new manager hired in a couple of weeks --- and Sonya will be in a few hours each week to assist with bookkeeping --- but in the meantime, volunteers are helping Kris out.

Be gentle with us. Elaborate telephone systems confuse me.

Frank, Thanks so very much for helping to promote our project which in turn promotes Lucas County. Every vote counts and getting the word out like this is very much appreciated!