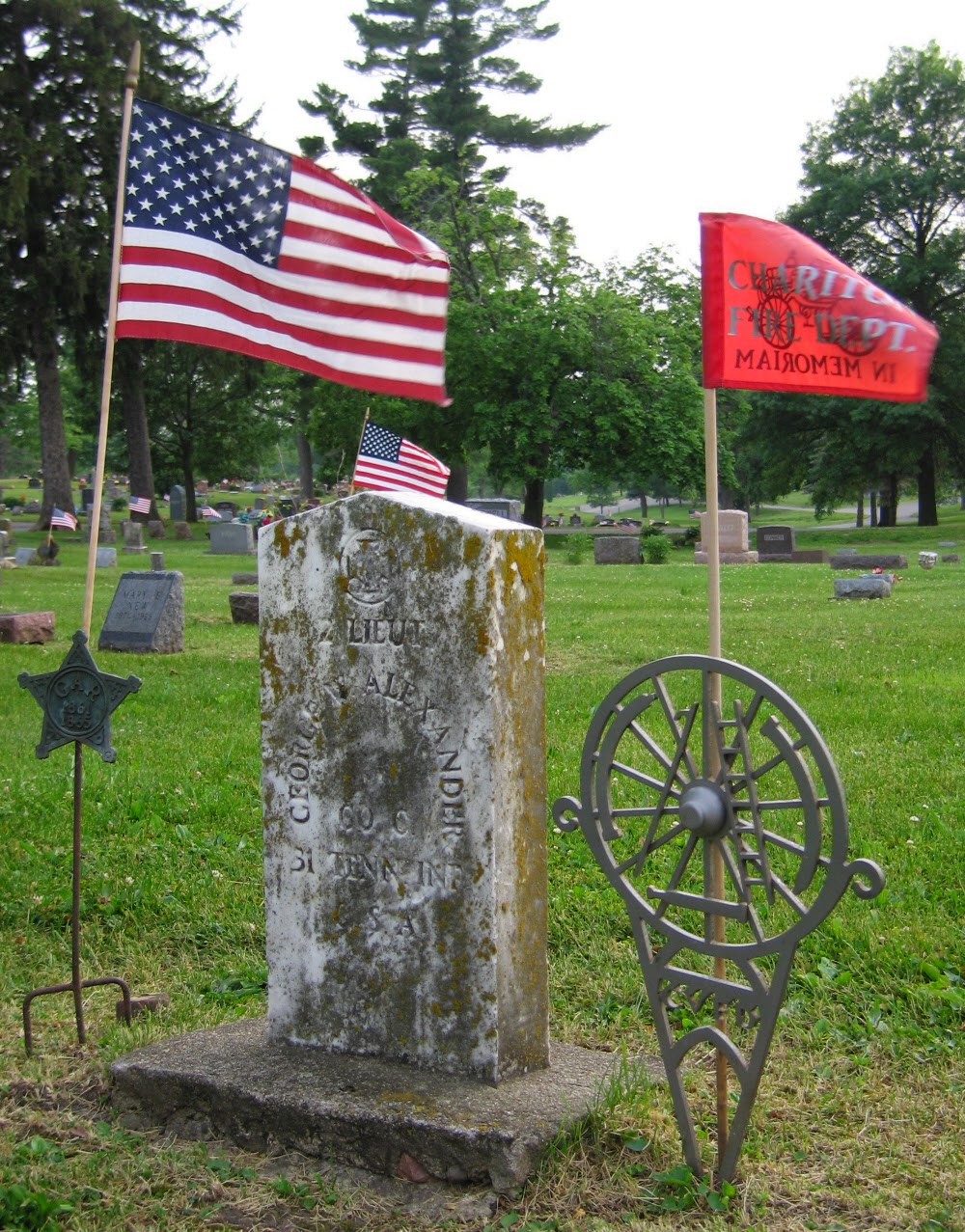 This post is dedicated to city officials who this February, in the year 2015, think they have problems with snow, crumbling infrastructure and other slings and arrows. In February of 1906, the principal issue was the mayor, George W. Alexander, who early in the month had received a year's sentence to the state inebriate asylum at Knoxville.

As the editor of The Chariton Herald phrased it, "Words fail us when we try to express the humiliation that Chariton has been brought to by this event ...."

By all accounts Alexander was a lovely man --- a Confederate veteran of the Civil War washed up somewhat unexpectedly on Lucas County's shores, intelligent, gracious, competent and generous with his skills as an attorney when the less fortunate were involved. This was why the citizens of Chariton kept electing him mayor. You can read a more complete account of George's interesting life here in this post from 2005.

Alexander was also a notable drunk, having been charged with public intoxication as early as 1889 when the editor of one of the local newspapers declared it his duty to report the occurance. Voters didn't seem to care.

After news of George's predicament spread, city council members and the city attorney got together and decided that he should resign since it would be a challenge to govern Chariton from his quarters at the State Hospital for Inebriates in Knoxville. The mayor created something of a cliffhanger by declining to do so. Here's how The Chariton Herald reported the situation on Feb. 22, 1906:

"At a meeting of the three councilmen left in town last Monday evening, it was decided that City Clerk A.D. Gray should go to the inebriate asylum at Knoxville the next day, with a message to Mayor Alexander from the council and City Attorney T.M. Stuart that the best thing for him to do would be to resign his office as mayor. Mr. Grant went, and saw Mr. Alexander, but the latter declined to sign any resignation, saying that he would consider it somewhat of a disgrace to himself to resign under present conditions, and that the city could get along without a mayor until he got home, which he thought would be before long.

"The superintendent of the inebriate asylum told a well known citizen of Chariton over the phone, one day this week, that Mr. Alelxander cannot possibly be released under six months, so the city can now face the situation.

"Counciman Manning returned from the west yesterday, and Councilman Darrah will be home Saturday, so that five members of the council will be present at a meeting to be held next Saturday evening, when some action will be taken in the matter, unless Mr. Alexander's resignation is received before then."

Mayor Alexander, however, relieved the council of any need to take action by coming to his senses and resigning a day or so later, an act duly reported in the Herald of March 1:

"After a conversation over the phone with Mayor G.W. Alexander, at Knoxville, last Friday, City Atty. T.M. Stuart received the Mayor's resignation on Saturday, by mail, to take effect yesterday, in order to give Mr. Alexander time to close up his docket. Mr. Stuart went to Knoxville last Monday with the docket and other books required by the Mayor.

"The city election will be held on March 26, when a mayor will be elected by the people to fill out the unexpired term of one year. One councilman from each ward, and an extra one from the first ward to fill the place of I.N. Funk, who has sent in his resignation, will also be elected."

George returned home to Chariton later on in 1906 and had 10 additional productive years --- until his death on Feb. 13, 1916, of injuries sustained in a fall down his office stairs a month short of his 73rd birthday. He was buried beside the unmarked grave of his wife on the family lot of his good friend and fellow attorney, East Tennessean and Confederate veteran Napoleon Bonaparte Branner. Eventually, a Confederate marker was erected to mark his resting place.

The State Hospital for Inebriates in Knoxville, which had opened in 1902 on a campus in northwest Knoxville developed originally in 1892 as the state Industrial Home for the Blind, closed prior to 1920 when it was repurposed as a home for disabled veterans, then was greatly enlarged as it transitioned into the now-closed Veterans Administration Medical Center that most of us remember.

It should be noted that, despite the G.A.R. flag holder on his grave, G.W. Alexander was not a member of the Grand Army of the Republic, nor was N.B. Branner or any of the other Confederate veterans who settled in Lucas County. Membership was limited to Union veterans. The G.A.R., however, welcomed the Confederate veterans to their gatherings and, upon death, accorded them graveside honors. George also was an early member of the Chariton Volunteer Fire Department, which continues to honor its deceased veterans with custom-made flags on Memorial Day.
Posted by Frank D. Myers at 6:01 AM