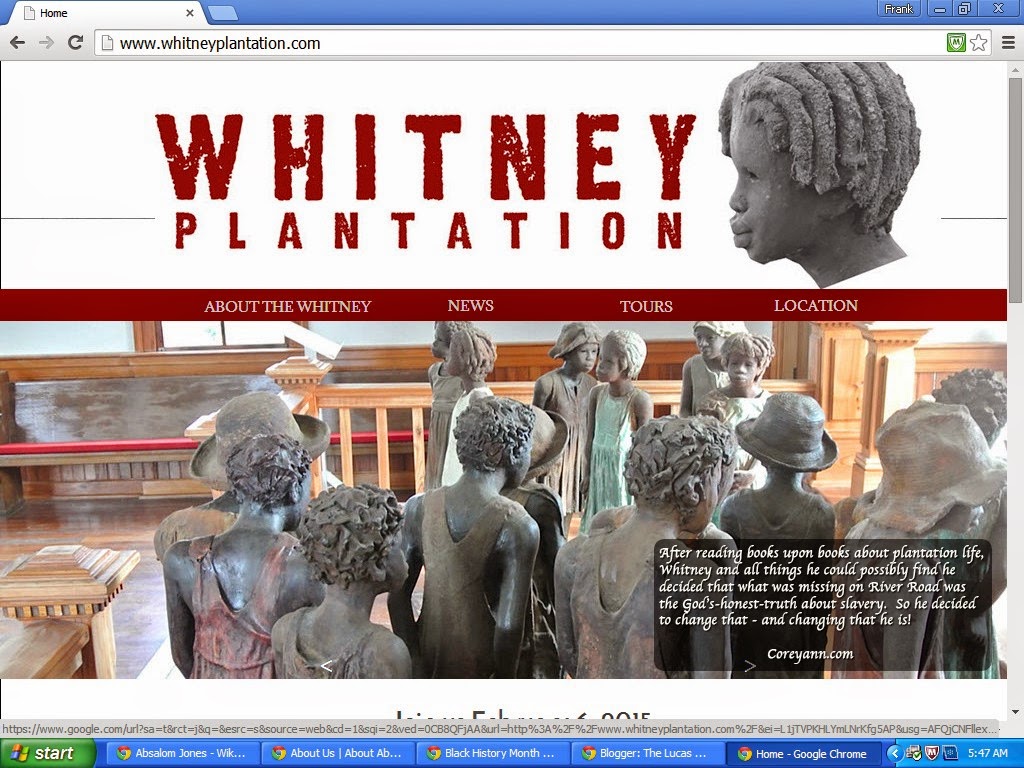 As a rule, I don't pay much attention to the various declared months, weeks and days that dot the calendar, nor am I a believer in signs from other realms of consciousness --- not much of a believer at all, actually. However, two things did happen yesterday to remind me that February is Black History Month, an observance first recognized officially in the United States during the bicentennial year, 1976, by President Gerald R. Ford and others.

Since Wednesday morning was snowy, I spent more time than usual in front of the computer and ended up here, at the Whitney Plantation Web site. Designed to shift focus from the romantic "moonlight and magnolias" theme that has been the traditional emphasis of most antebellum home and plantation tours in the South, the Whitney has just opened after years of labor and expenditures in the millions "to pay homage to all slaves on the plantation itself and to all of those who lived elsewhere in the U.S. South."

The Whitney Plantation certainly has a "big house," built by slaves for their white owners and now fully restored, but the emphasis is on slavery, using for context a wide range of other buildings that illuminate slave-based society and economies, as well as buildings --- including an historic black church --- moved to the site.

The Whitney project was conceived of, financed and developed by John Cummings, a wealthy New Orleans attorney who has devoted years --- and millions --- to the task of rescuing an historic plantation that had fallen into the hands of a plastics company that would joyfully have bulldozed it.

So if you're interested in the subject, go to the site and take a look around. Articles under the navigation bar header "News" explain the background of the project. Whitney Plantation is located at Wallace, Louisiana, along the Great River Road between Baton Rouge and New Orleans. 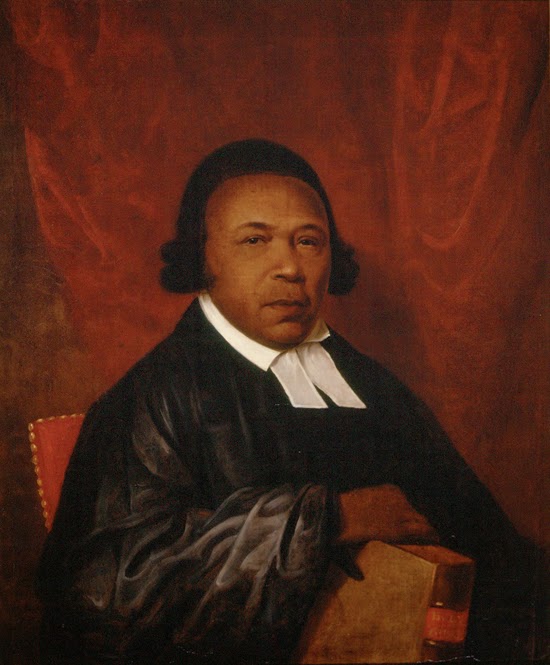 And then at Evening Prayer --- the penultimate Daily Office liturgy in the Book of Common Prayer (Compline ends the day); a few of us gather at St. Andew's at 5:30 p.m. every Wednesday to share it --- the focus was on Absalom Jones, the first African-American ordained an Episcopal deacon, 1795, and then a priest, 1804, in the American Episcopal Church by Bishop William White. Feb. 13 actually is his feast day on the Episcopal calendar since it was his date of death, during 1818 in Philadelphia.

Born into slavery in Delaware, he married in 1770 and in 1778 purchased his wife's freedom so that their children would be born free. He was able to purchase his own freedom seven years later.

Absalom and his friend, Richard Allen, became popular lay ministers at Philadelphia's St. George's Methodist Episcopal Church, drawing many black communicants to the congregation --- so many in fact that the white majority became alarmed and insisted upon segregated seating. That led to a walk-out by black parishioners.

Not wishing to be further entangled with white prejudice, Jones went on to form the African Episcopal Church of St. Thomas --- still an active parish of the Episcopal Church in Philadelphia --- in order "to arise out of the dust and shake ourselves, and throw off that servile fear, that the habit of oppression and bondage trained us up in."