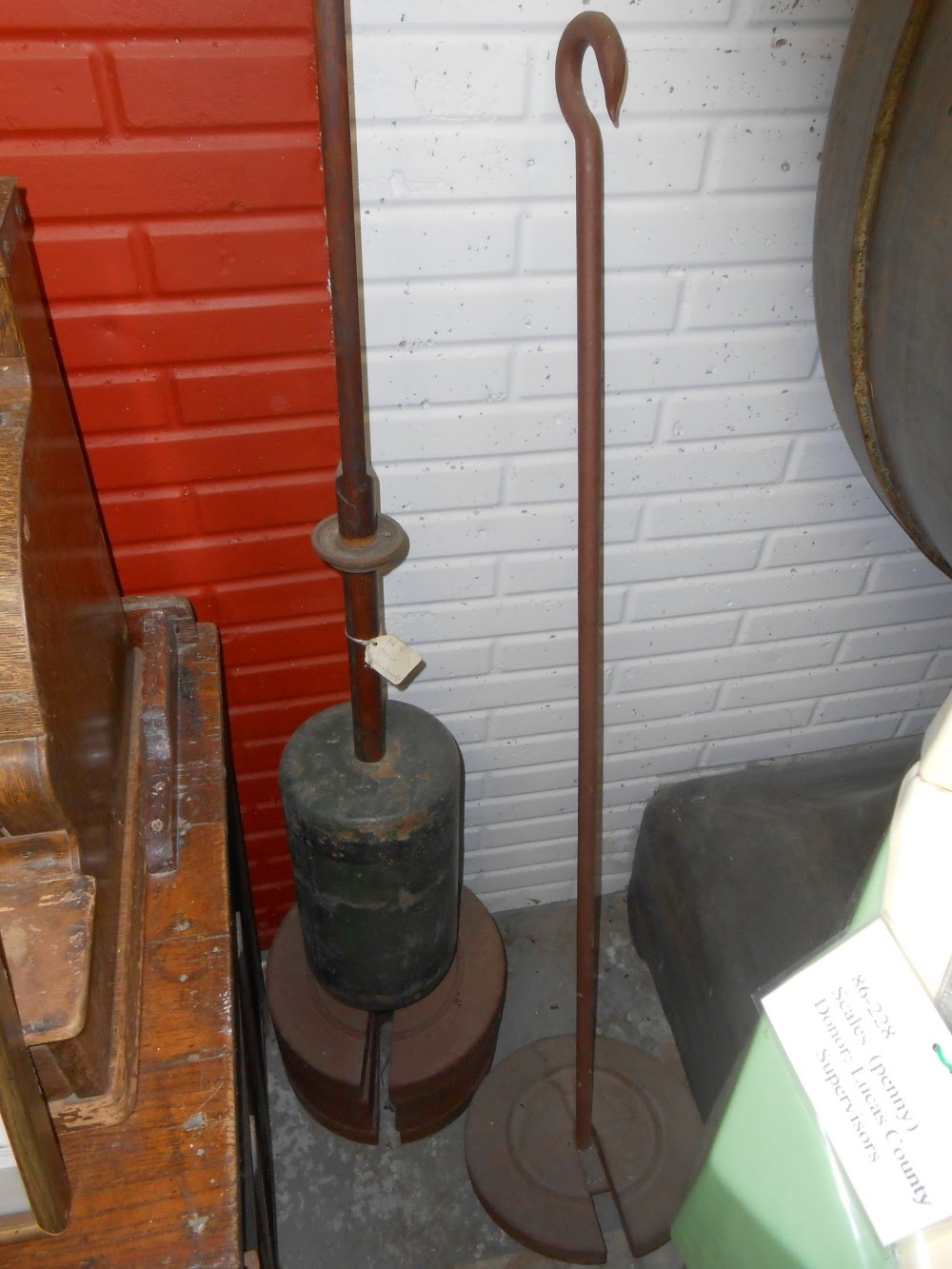 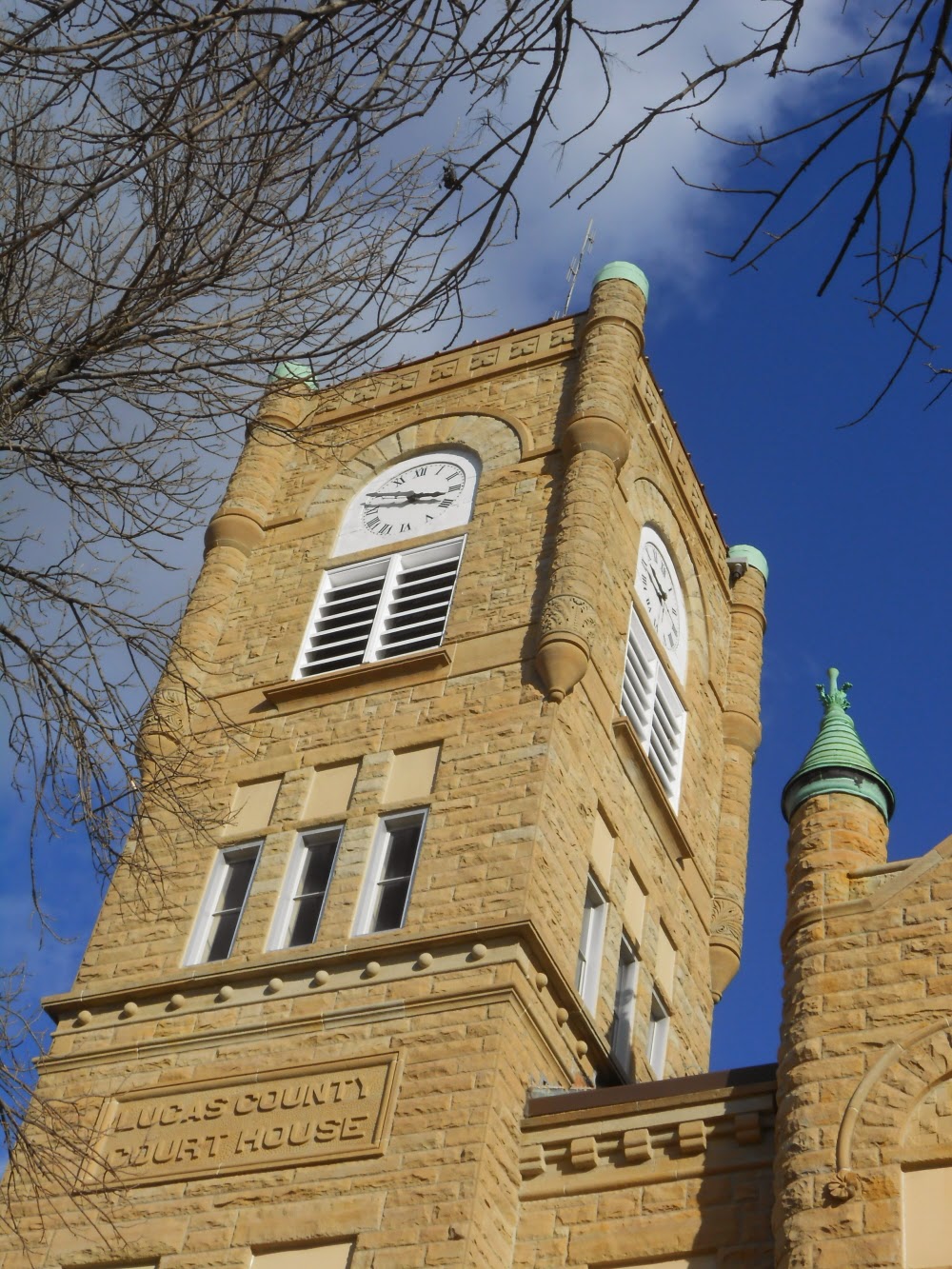 You may remember that when Rory DeMesy evaluated the original mechanism of the Lucas County Courthouse clock during early January he noted that a couple of pieces were missing.

As it happens, I knew where two of those pieces were --- so descended to the lower level of the Lewis Building at the museum yesterday morning to take a look at the pendulum (left) and the weights. The weights were cranked up once a week to keep the clock running. The pendulum is the time-keeping element, tick-tock.

These were removed when the clock was electrified during 1979 and brought to the museum for safekeeping four years later, during 1983.

I've looked at these items any number of times over the years, but never really looked at them until yesterday. They're in excellent condition, but not the sort of thing you just pick up and move around.

So I photocopied the deed of gift signed by then-supervisor Jim Wright and ran a copy up to the auditor's office just so everyone would know where they were --- just in case the supervisors might decide to restore the old clock to its original condition. (Yes, I'm sure the museum would give the missing parts back were they needed.)

Homer Boston used to wind that clock when he was janitor and when he'd be gone, sick, etc., my dad, Robert Haltom, would go up and wind it for him.