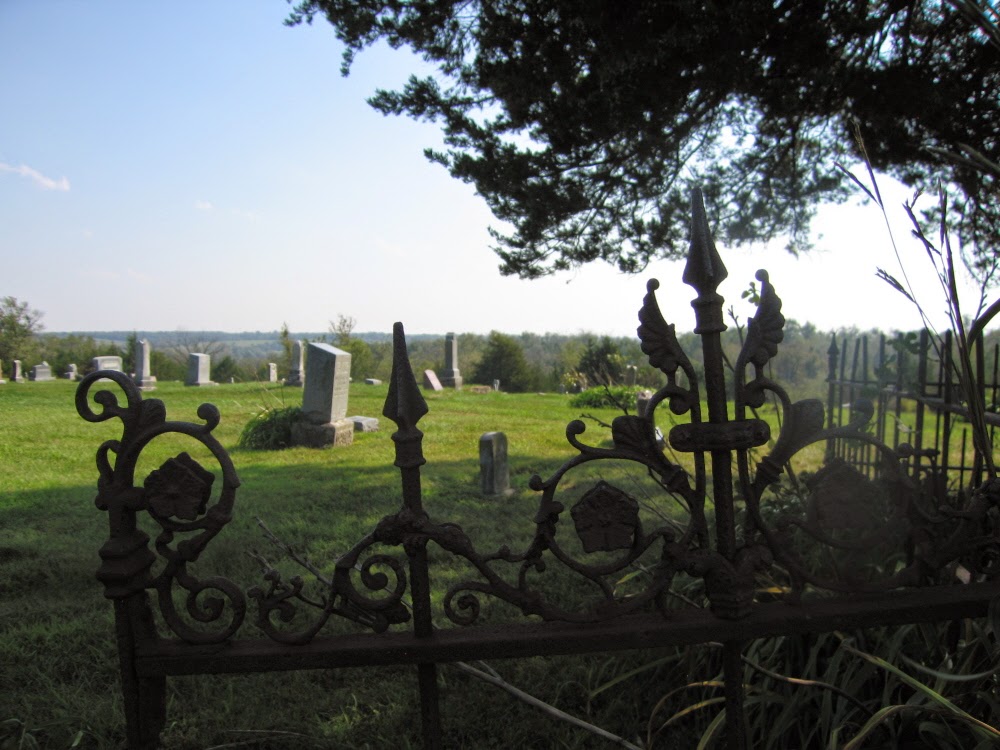 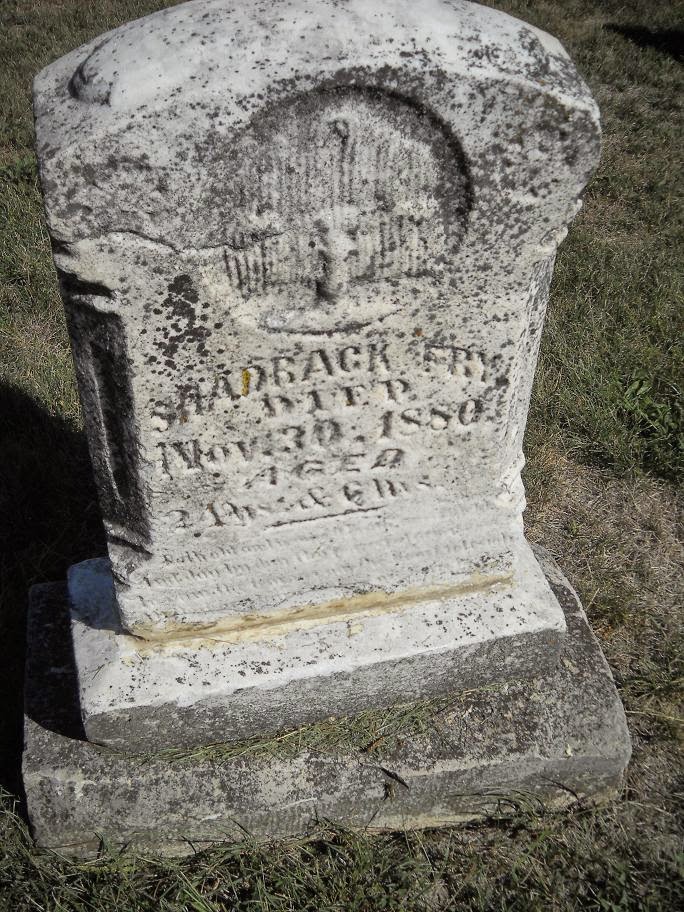 A cemetery high on a hill overlooking the White Breast Creek valley was among the amenities added when the White Breast Fuel & Mining Co. developed Cleveland in the late 1870s to house its workers.

Neighboring Lucas, founded in 1867 as the Burlington & Missouri River Railroad line was being built through the the valley, didn't have one. Rose Hill Cemetery was not far northwest of town; Grimes, to the east; and they had been considered sufficient.

The new cemetery was known first as just Cleveland, but after a young Welsh miner named Shadrack Fry died in 1880 and was buried there, some started calling it "Fry Hill" --- and that's the name that stuck, a permanent memorial to a young man otherwise --- for the most part --- forgotten.

Shadrack's death was reported in The Chariton Patriot of Wednesday, Dec. 8, 1880, as part of a brief but newsy dispatch from Cleveland and Lucas, signed by a correspondent who styled himself for some reason, "A Nasty Coal Miner."

"Shadrack Fry, a miner of this place, died last week of a lung complaint. He was buried in the new cemetery north of Cleveland," the report begins. Then the page is torn and a few words missing. The rest of the report commences, " He had no rela ...," presumably "relatives," then concludes, "... with him, however, in his last moments."

The missing words probably would have told us that friends were with him when he died. Shadrack did have a family, of course --- in Pennsylvania; and they most likely were informed and perhaps arranged for the tombstone that marks his grave.

Fry Hill Cemetery is a gorgeous place with views that go on for miles --- but not so much in winter when the wind cuts like a knife. So I didn't drive out this week. Instead, I'm using a photo I took during September of 2010 and borrowed the tombstone photo, shot by Doris Christensen, from Find A Grave. You can see some of the Fry Hill views by going here.

Thanks to the wonders of computer-based genealogical research, we know that Shadrack was the second son of Charles and Jane (Werrett) Fry, born in Wales, where his father was working as a collier, or coal miner, in 1851.

Charles and his eldest son, Thomas, age 7, arrived in New York from Liverpool on the 25th of July, 1860, aboard the ship Chancellor. Jane, Shadrack (then age 6) and younger brother, George, age 2, came a year later, landing in New York on 22 August 1861 aboard the ship Dreadnought.

The family settled in Pennsylvania and Charles and Jane had another child, Charlotte, born during May of 1864, and then Charles died. The widowed Jane married another Welsh miner, David Morgan --- a few years her junior --- during 1870 and they settled down at Shamokin in Northumberland County, Pannsylvania, and had two daughters, Mary and Rachel Morgan.

When the 1880 federal census of Cleveland was taken on June 28, 1880, Shadrack was boarding with another Welsh coal mining family, John and Sarah Watkins and two of their children, George, 18, also a miner, and Elizabeth, age 5.

Shadrack, David and John all were listed in the census as "disabled" in some manner. Shadrack hadn't worked in three months.

It's tempting to speculate that Sarah Watkins somehow specialized in caring for ailing miners --- and that some or all of these people were among those with Shadrack when he died. It seems likely that his death was caused by tuberculosis, then a great killer of the young and a disease aggravated by work in the mines.
Posted by Frank D. Myers at 6:45 AM

Thank you for this interesting story. I grew up just north of Fry Hill, but never knew the history. All of your blogs are enjoyed by many of us.