... for such is the kingdom of heaven.

"Busloads of kids are being dropped off in communities primarily across the Southwest, exposing locals to disease and violence," wrote a guy named B. Christopher Agee yesterday in an piece headlined "This Governor Just Told Border Control They Can Shove It." 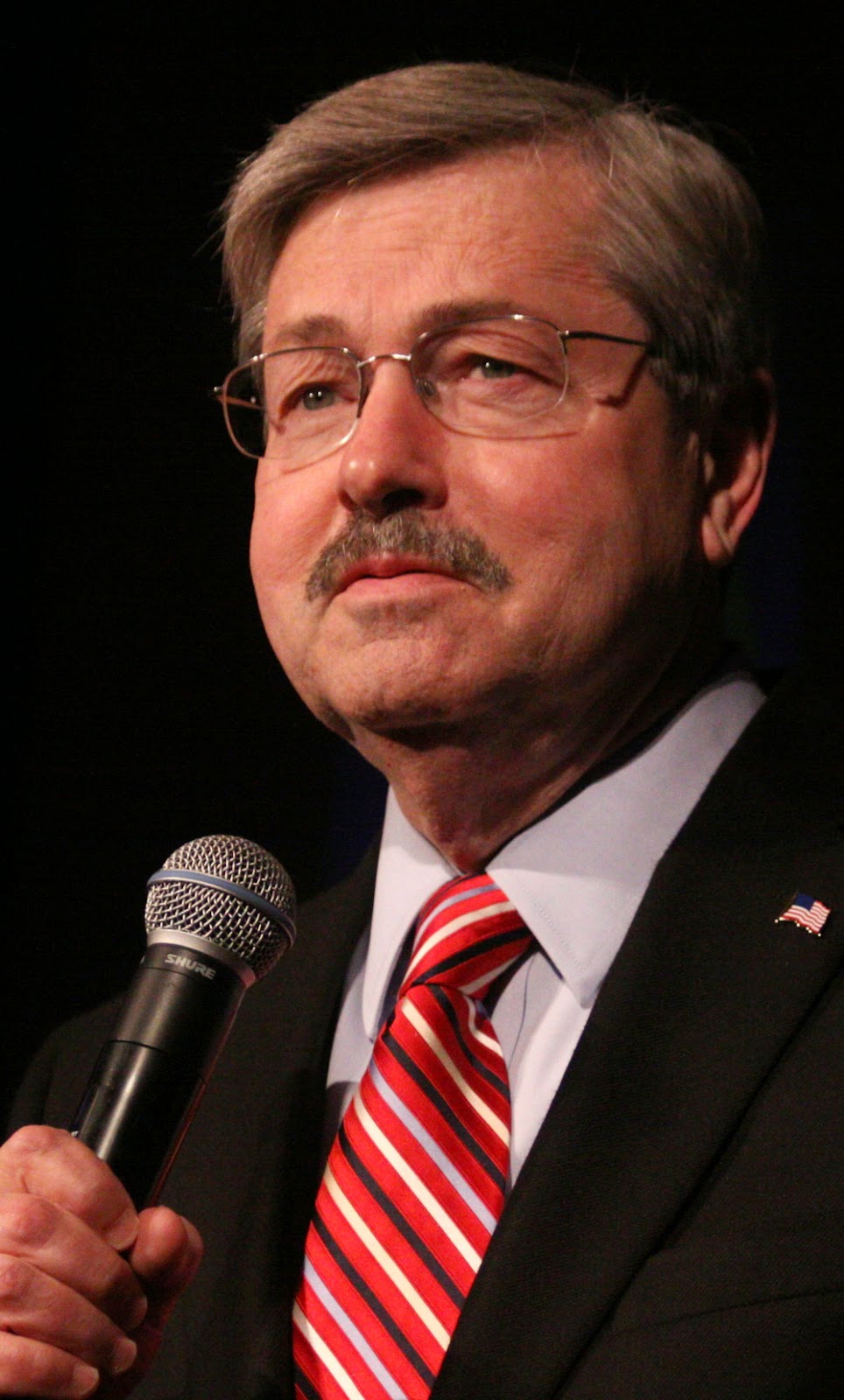 Agee writes for a self-defined "conservative" outfit called the Western Journalism Center and was lauding Iowa Gov. Terry Branstad for his declaration during a Monday press briefing that none of the thousands of immigrant children crossing the U.S.-Mexican border illegally in search of refuge from poverty and violence in Central America would be welcome temporarily amid Iowa's cornfields.

By some estimates, 57,000 youngsters have crossed the border since last October.

As if to punctuate Branstad's declaration, The Des Moines Register reported Monday that a Clarinda non-profit that operates a program for at-risk young people had scrapped plans to shelter temporarily up to 48 of the undocumented children in southwest Iowa, perhaps after pressure from the Branstad administration. The non-profit, Sequel Youth and Family Services, leases space at the state-owned Clarinda Mental Health Institute.

"We met with officials and decided it was not in any of our best interests to do it," Sequel vice-president Steve Gilbert told The Register.

What struck me about Agee's language was how familiar it was --- that "exposing locals to disease and violence" business. And how often it has been used in the past --- when describing "undesirables" --- Jews and Gypsies, gays and others --- fleeing for their lives or at least for a better life when confronted by danger, oppression and perhaps even death.

And how easy it is to spook Americans into xenophobic hysteria. Consider the protest crowds greeting real or imagined busloads of undocumented children in the Southwest and witch hunts elsewhere for locations real and imagined that might be sheltering some of the youngsters.

Of course this has become a partisan issue, fueled principally by Republicans who generally favor the term "invasion" when describing the children. But many Democrats have not stepped forward bravely either, knowing full well that while a majority of white Americans love stray dogs, substantial numbers do not feel the same about dark-skinned children.

It's useful to remember that federal law currently requires each undocumented child to be processed individually --- some will be declared illegal and deported; others will qualify for asylum. This is a time-consuming process, existing shelters have been overwhelmed and the government merely has been looking elsewhere for temporary housing.

Many allege the U.S. cannot afford to offer custodial care of all these kids, but that's nonsense. If we can easily afford far more expensive, destructive and in the end pointless wars, we can afford to feed and house children who wash up one way or another on our shores. As well as our own hungry kids, quite often overlooked.

Another Monday spectacle in Iowa was a gathering involving several hundred alleged Christians at the Capitol engaged in a day of "prayer, fasting and repentence" --- another of those meaningless and unscriptural displays of public piety the big guy himself cautions us against in Matthew 6:5-6.

You remember, surely --- "And whenever you pray, do not be like the hypocrites; for they love to stand and pray in the synagogues and at the street corner, so that they may be seen by others."

Governor Terry and his sidekick, Kim Reynolds, both were there of course.

The "sins" were unspecified Monday, but since this was a convening of evangelicals --- one can imagine.

It seems doubtful that the sins of the Branstad administration and others against children were on the list.

Damn, that guy Jesus can be so inconvenient: "Let the little children come to me, and do not stop them; for it is to such as these that the Kingdom of heaven belongs." (Matthew 19:14)

There have been some bright spots in Iowa, however. Davenport Mayor Bill Gluba and other activists there are working to involve the Quad Cities in offering temporary refuge to some of the children.

Not without opposition, of course.

In Des Moines, the Eychaner Foundation --- with its principal focus heretofore on support for LGBTQ young people and anti-bullying efforts --- has launched the "1,000 Kids for Iowa" project, aimed at coordinating efforts to find shelter for some of the undocumented children with Iowans.

Now I kind of doubt that Rich Eychaner was invited to Monday's prayer parley at the Capitol, nor is it too likely he'd have shown up there on his own --- you just never know who Christians are going to decide to stone.

But in this instance, the gay guy certainly seems to be doing the better job of channeling Jesus.

Frank,
This article is fantastic. Thanks so much for speaking out for the children and calling those who claimed to be Christians to step up and do what Jesus says.
Linda O'Connell