Too much exercise proves fatal --- eventually 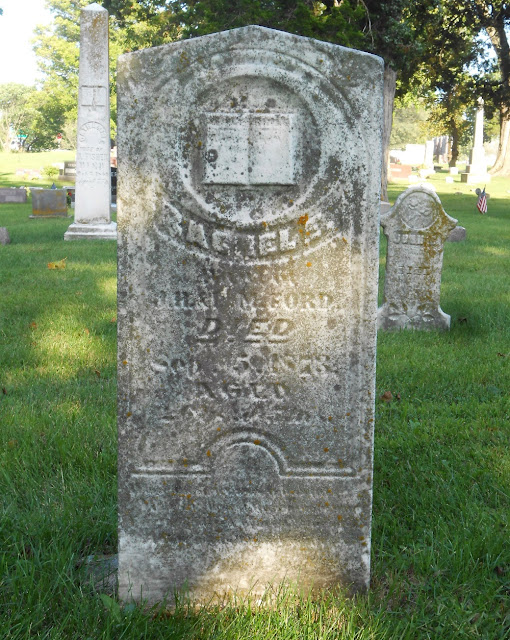 Rachel Ford's short life was burdened with a good deal of sorrow. When she was three years old, her mother, Permelia, died in Clark County, Indiana. Her father, Joseph, a bricklayer by trade, died the next year leaving Rachel and her three older brothers --- John, Harvey and Lemuel --- orphans.

Harvey was taken in by a couple he described as distant relatives --- John L. and Sarah (Norris) Jones --- who brought him west to Cass County, Illinois, in 1854, then to Chariton in 1856.

It's not clear who raised Rachel, or where, but by 1870 she was living in Chariton, too, with Sara (Norris) Jones' elderly mother, Elizabeth Norris.

Rachel died three years later, on Sept. 5, 1873, at the age of 26. We would know nothing of the circumstances had not an editor of The Des Moines Register clipped and republished from The Patriot the following brief paragraph on Sept. 12:

"Miss Rachel Ford, of Chariton, died on Friday, September 5th, after an illness of some six or eight years. The Patriot says: 'Her disease baffled the skill of our physicians, but is thought to have been brought about by jumping the rope years ago. She was very active and is known to have jumped the rope as high as two hundred times without stopping.' "

Rachel was buried on the large Norris lot in the Chariton Cemetery and eventually a very nice tombstone was erected to mark her grave. The stone is nearly identical to one erected to mark the grave of Elizabeth Norris, who died six years later, on Oct. 16, 1879, at the age of 86, and is buried  nearby on the same lot. So Rachel, whose life got off to a rough start and ended in a sad manner, was valued --- and still remembered 140 years later.