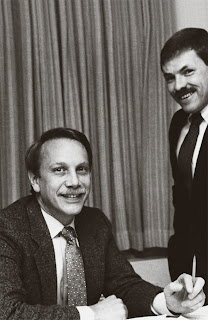 ENDEAN, STEPHEN R., Activist, founder of the Human Rights Campaign. Born Aug. 6, 1948, in Davenport, Stephen Robert Endean went on to found during 1980 the Human Rights Campaign, today the largest and most influential of the various LGBTQ rights organizations. He generally is considered one of the most important LGBTQ activists of the post-Stonewall era.
Endean attended the University of Minnesota 1968-1972 and, during 1971, founded the Minnesota Committee for Gay Rights, becoming that state's first lobbyist for gay and lesbian rights. He was an early co-chair of the National Gay Task Force. In 1978, he moved to Washington, D.C., to become director of the new Gay Rights National Lobby. He launched the Human Rights Campaign Fund, now Human Rights Campaign, in 1980 as the first national gay rights political action committee.
Diagnosed as HIV-positive in 1985, Endean devoted increasingly larger amounts of his time to AIDS activisim until 1991, when he was forced to retire. Raised Roman Catholic, Endean became a dedicated member of the Metropolitan Community Church, a denomination founded largely for LGBTQ Christians at a time when no mainstream denomination would have us. "My quest for civil rights, equal justice and human dignity was a part of God's calling for me," he wrote to a friend.
Endean died on Aug, 4, 1993, in Washington, D.C., of AIDS-related complications. Endean (right) is shown here with Vic Basile, first executive director of the Human Rights Campaign.
Posted by Frank D. Myers at 9:02 PM